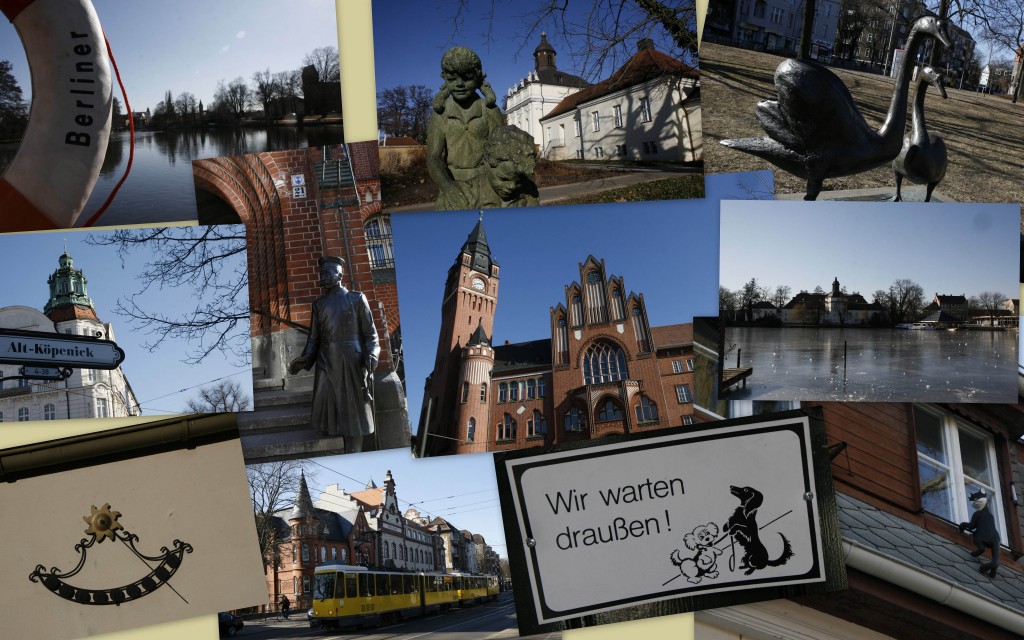 Ich liebe Berlin! A sentence well-well used and meant. I too represent those millions of people. One of the reasons of this love is the wonderful people I met and befriended in Berlin mostly through my German classes at Volkshochschule. This Köpenick adventure I made with Valeria, an ever-smiling and amazing Veronian, who joined our class to refresh her German and who now shows absolute resistance to talking Deutsch with me. Hope this public shaming will open up your mouth 😉

Valeria stayed in Berlin for just a month but we managed to run around Berlin in search of crazy adventures in the freezing months of February-March. I miss you Vale… baci!!!!!!!!

Köpenick, meaning “place on a river”, is a quaint town on the outskirts of Berlin and is part of a bigger region by the same name. To get there take the S3 direction Erkner and get off at Station Köpenick.

Having escaped the convergence of tourists, it is a wonderful destination if you want to spend a relaxing afternoon and leave the buzz of the big city behind. Altstadt Köpenick is particularly charming. Don’t forget to visit the City Hall and the famous local – der Hauptmann von Köpenick – whose statue greets you by the door.  He was an unemployed cobbler, who plotted to rob the City treasury in 1906. Der Hauptmann succeeded of course – disguised as an army captain he ordered a group of soldiers to march with him to the treasury and guard him while he conducted his unusual business. The City Hall houses a small exhibition dedicated to this ingenious thief, lesser known by his real name Wilhelm Voigt. Today you can relive his brave act every June during the Köpenicker summer festival.

The old city, the peaceful rivers and lakes, the charming palace, Schloss Köpenick, and the 18th century fishing village on Kietz street, with beautifully restored houses, will leave you in a dreamy state of mind. As my lovely husband put it “for suburbian tranquility in Berlin, seek to Köpenick”