Day 3 in Dubrovnik. After the adventures of the day before, this one pales in comparison.  A take it slow kind of day, which mostly revolves around Dubrovnik strolls, history lessons and food indulgences. First things first though – and that first thing is saying hello to this beauty that opens up before us on our pathway from the hotel to the old city. It seems like I will never tire of finding adjectives of to describe this dreamy, fairy-tale like city. No matter how much you gaze it, you cannot get tired of its out-of-this-world beauty. At least I cannot. 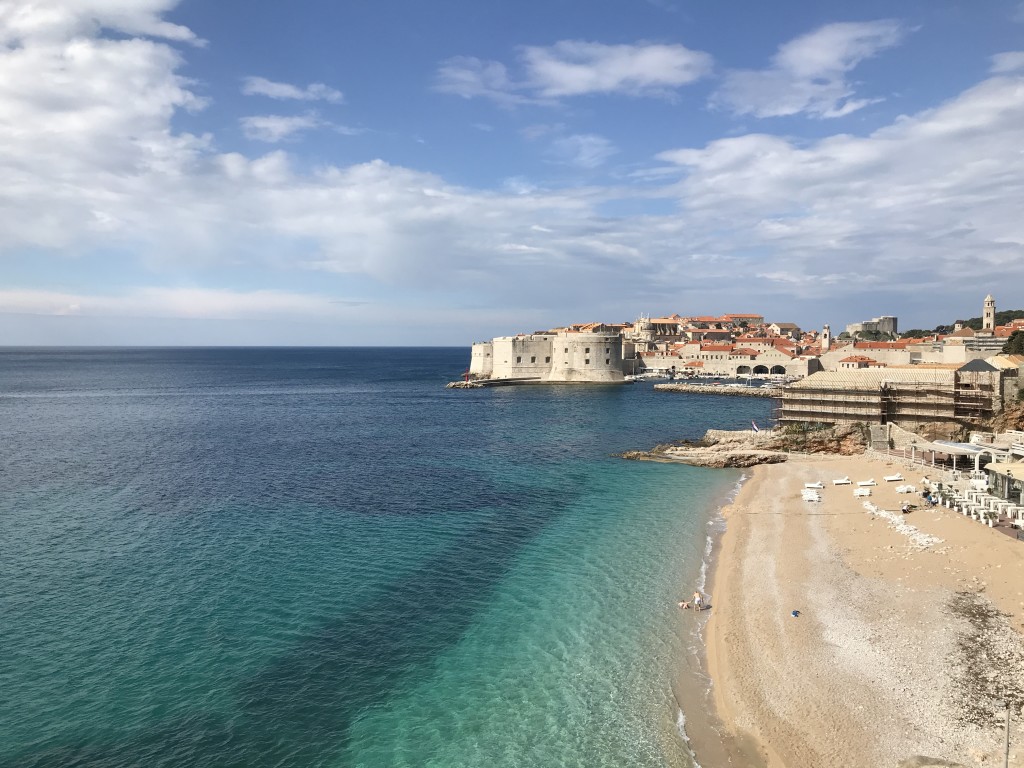 So here is to another day in the fairy-tale. What’s on the agenda for the day? Food, food, food and once more food! Food in general is quite nice in Dubrovnik, fish is of course the crown jewel of the cuisine. What you need to get used to is the steep prices. This tiny jewel presents a rather tough competition even for Copenhagen and Zürich. Prepare to splurge a bit if you want to indulge on the many delicacies of Dubrovnik’s cuisine. 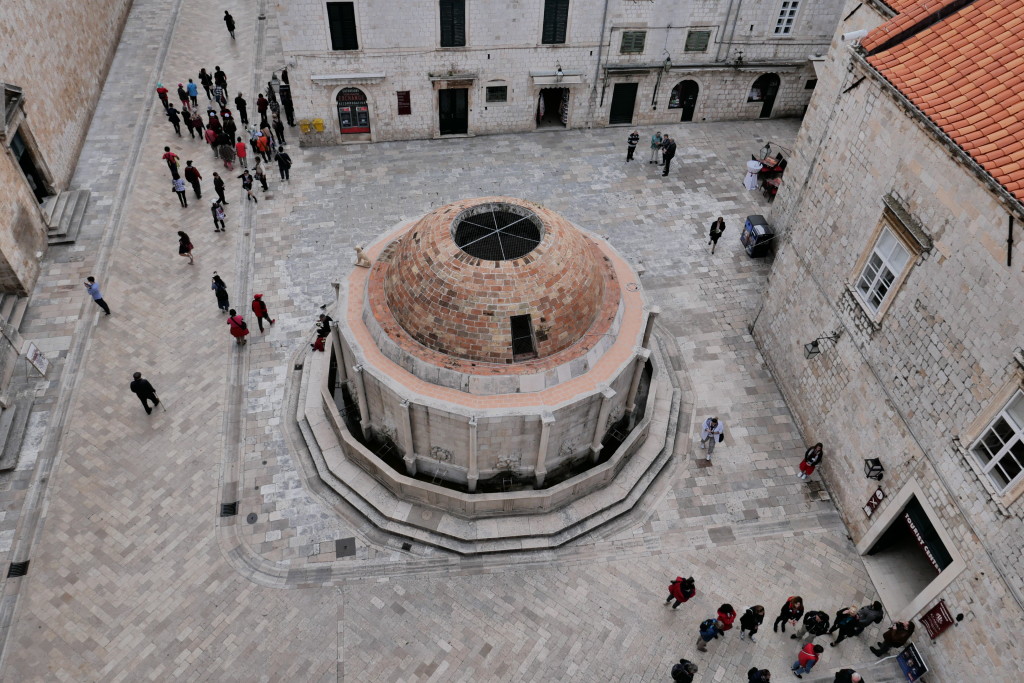 Our lazy day starts right at the foot of the famous Onorfijeva fountain – a beloved meeting spot. Our local guide and foodie Ana from Dubrovnik is waiting for us here to take us on a gastronomic tour in the city. 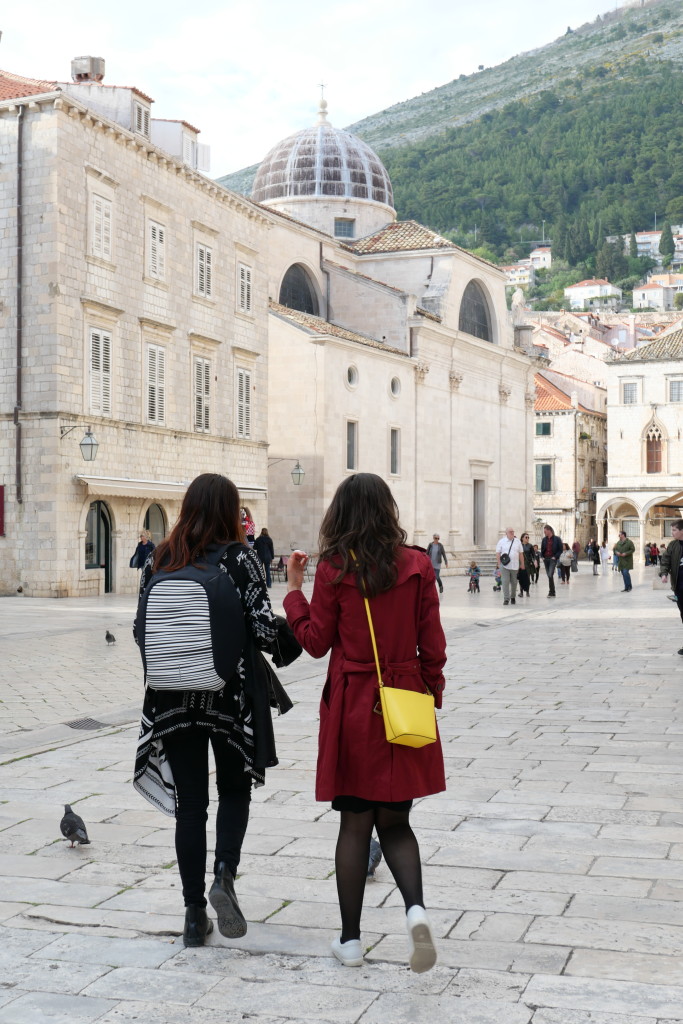 Strolling in Dubrovnik with our local guide Ana

On the menu for the 3+ hour of food indulgence was a stroll in the city enriched with history lessons and culinary delights. Before reaching the culinary part though Ana told us about the 48 churches/religious sites (!) that are spread around Dubrovnik, the terra cotta roofs of the city, wells that once provided drinking water and now stay hidden under the cream coloured ground slabs, and the sad fate that befell the city back in 1991-1992 when the Serbian forces attacked the city, kept it under siege and destroyed much of it. Even though you don’t see traces of war in the city today, the wounds are still fresh in locals’ hearts…

Talking about the war time, brings an air of sadness on Ana as the memories from her childhood return to her. We stare at pictures of houses from 1992 totally destroyed, we hear stories of lives lost, of refugees being evacuated from the city, of hunger and struggle… why is there all this cruelty in the world?

As we get surrounded by a group of Spanish tourists, we leave the war memories behind for a little while, and Ana hurries us along to show us a special statue. As I look at the cream-coloured statue, my gaze falls to the middle section of it made of copper. 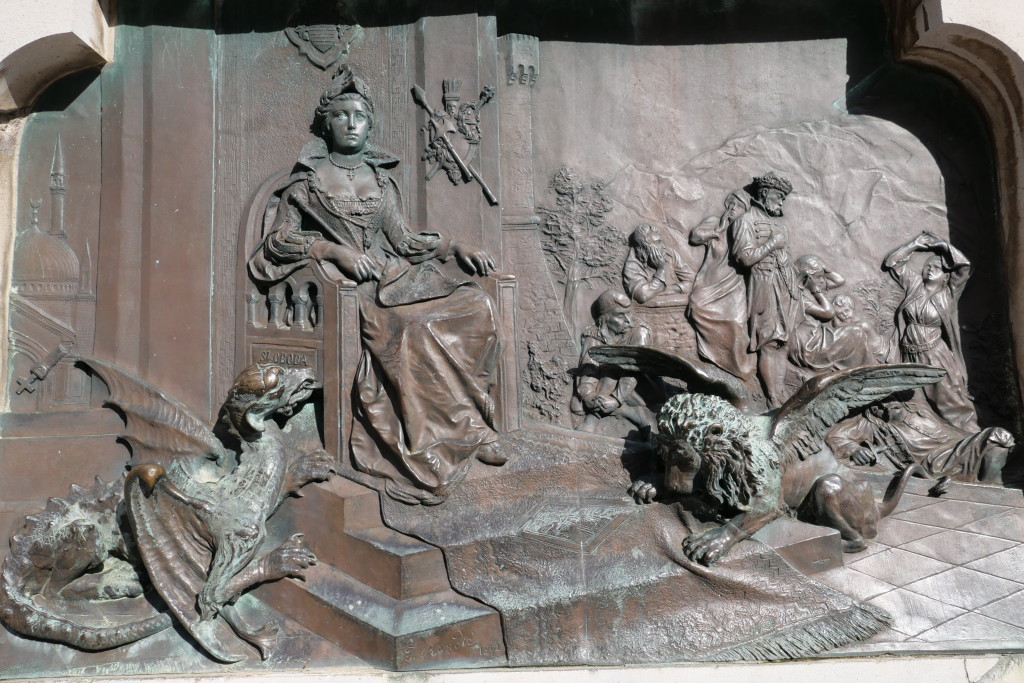 George R.R. Martin must have been heavily inspired by this statue carving in the middle of old town in Dubrovnik when creating Game of Thrones

If you immediately thought of Game of Thrones, you are not alone. I think George R.R. Martin must have been heavily inspired by this statue carving, even though he claims he has never set foot in Dubrovnik. I mean look at this – the mother of dragons, a dragon at her feet, lion could be Lannister, the Iron Throne… And no, the statue was not just put up in 2011 when Game of Thrones aired, nor was Dubrovnik built in 2011 to play the set for Game of Thrones, despite of what some people visiting Dubrovnik believe. The city has been there for quite many centuries, and the statue maybe is not quite that old, but still old.

Our stroll and skipping lunch in anticipation and preparation of food indulgence experience has by now left us totally starving. Luckily food is the next item on the agenda. Ana prepared four stops for us on the menu.

The first stop of our food tour starts at Tavulin restaurant

The restaurant is just off the main square, it is a bit off the way from the main tourist highway so you need to know where you are going to find it. We absolutely loved our tapas plate and returned the day after for lunch to try more dishes from the menu. Really nice! 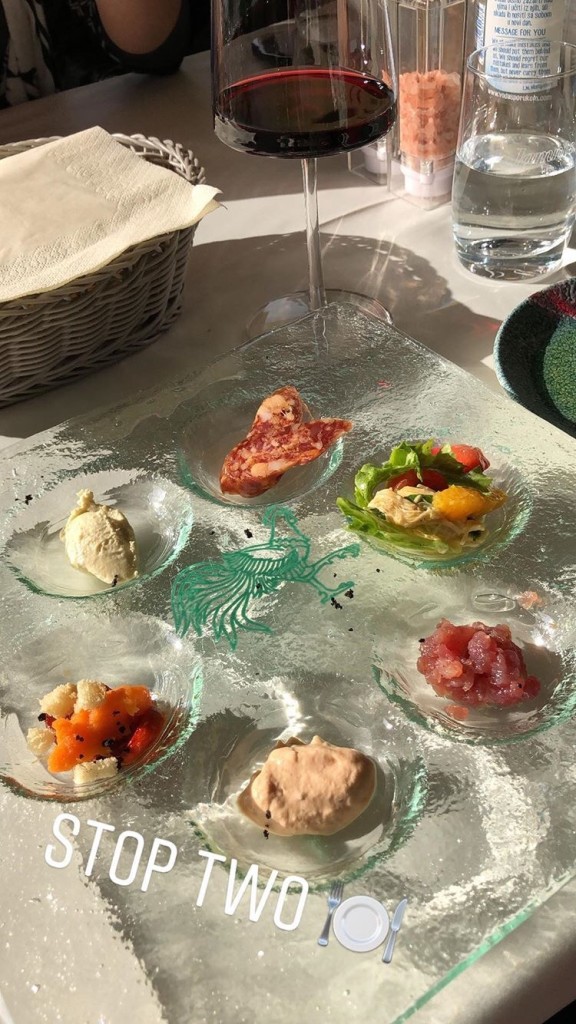 By now I am already full, yet Ana has 2 more stops on the menu. Stop #3 takes us to Barba burger/seafood joint. It’s a hole in the wall kind of a place and really charming one. We are served with an octopus burger! Uhmm that was a first for us. Andreas totally ecstatic bites into his lovely black burger. Me – a bit less ecstatic, take a cautious bite. Tastes quite delicious actually. Burger approved, we move on to the last stop of the day. 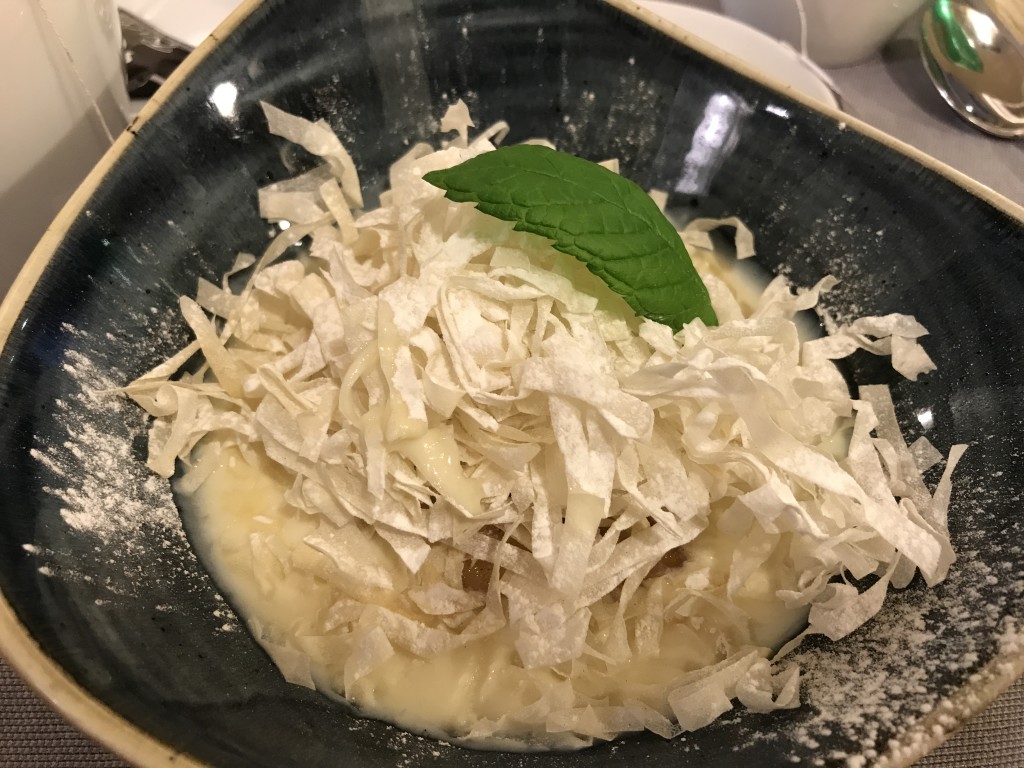 It’s desert time at Lucin Kantun. I opted for the above deliciousness – a decomposed apfelstrudel. Quite a creative take on the traditional recipe. Tasted so good! 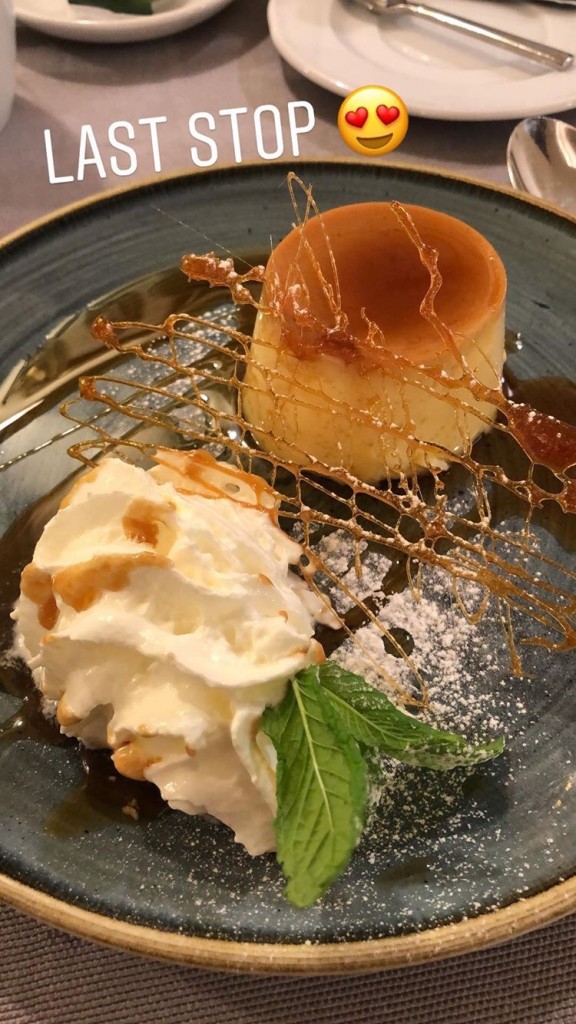 Needless to say, dinner was happily skipped after the delicious feast of tapas, burgers and desserts. Dubrovnik you pretty thing, even your cuisine is amazing. We tune out for the day, waiting in anticipation for day 4 that will take us on a full-day Game of Thrones immersion in King’s Landing. Cannot wait!!!