It feels like the 11 hours and 10 minutes on the train passed by very quickly. There was not much landscape to see since it was an overnight train crossing through endless forests. 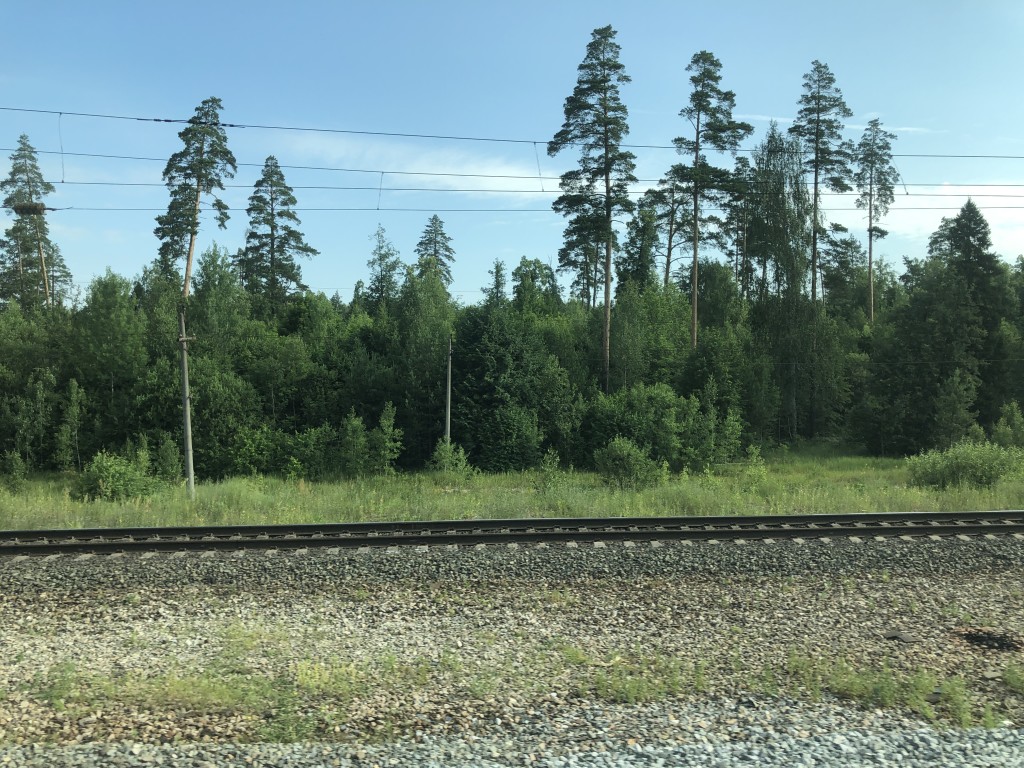 Suddenly the clock was 07:00, just an hour short of arriving in Kazan. Out come all the Armenian culinary delights for breakfast in bed experience. 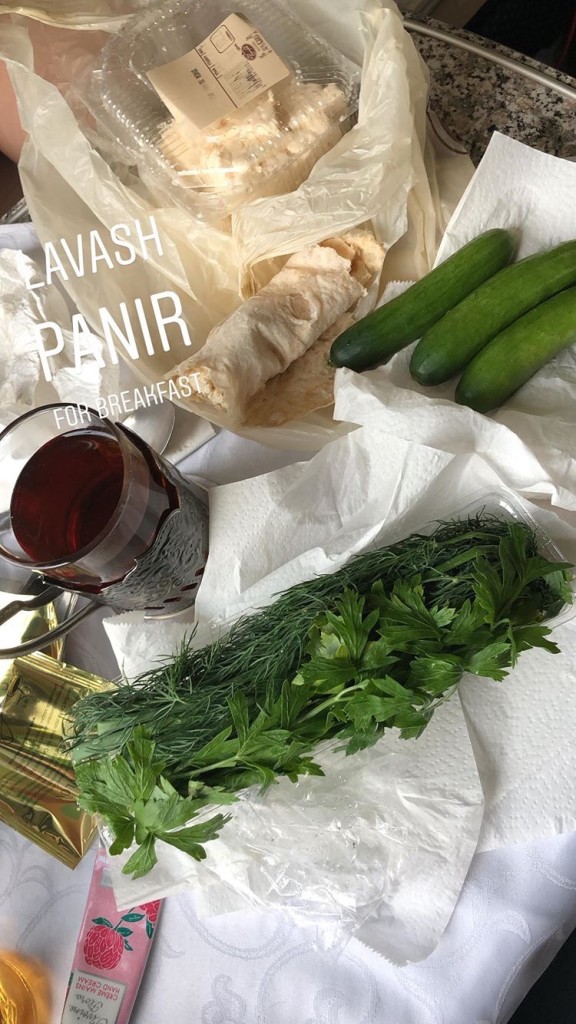 Simple things often are the best. It is the case of our breakfast! The hand cream is not part of cuisine, just happened to throw itself into the picture.

08:00 sharp and the train pulls into the Kazan train station. Thanks for the nice ride! 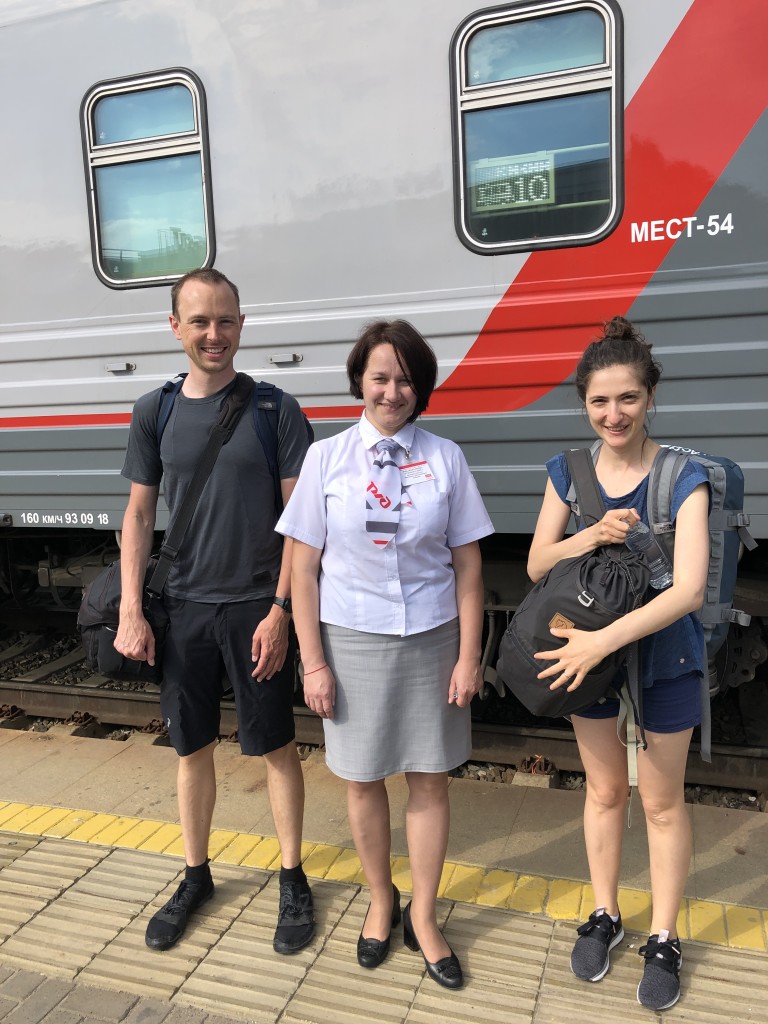 We and the happy train lady (provodnitsa) 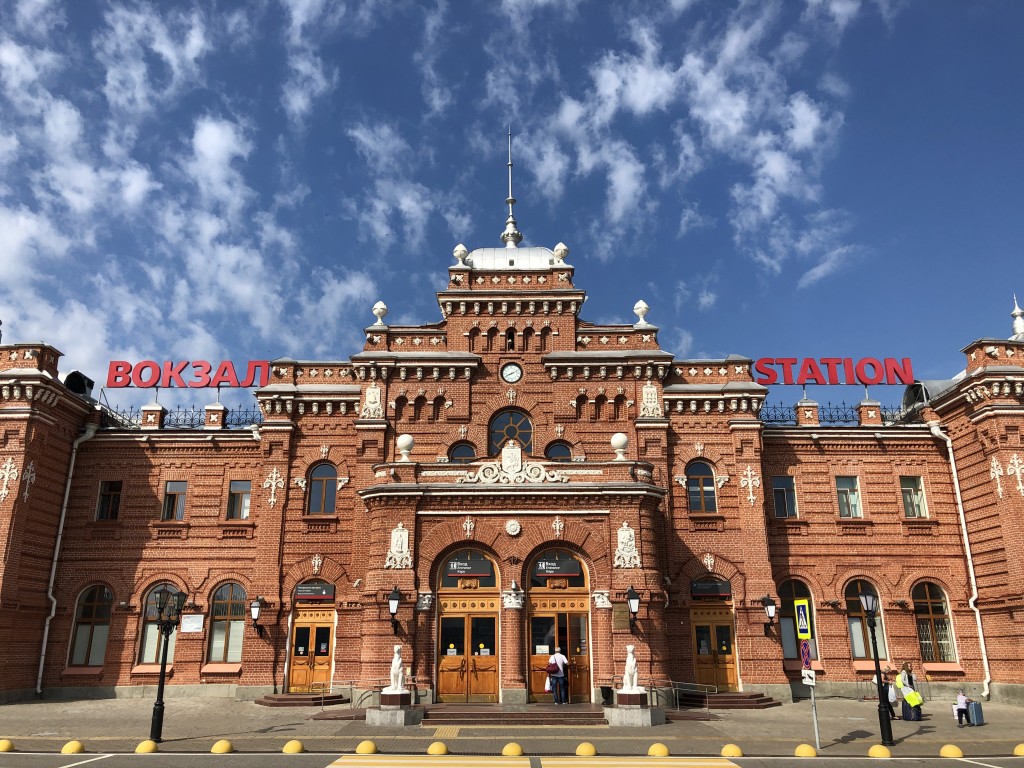 The first and only planned item on the list in Kazan is to check into this crazy space themed hostel that somebody, read not ME, insisted on booking. I have my reservations and concerns, but when planning the trip a few months ago, decided to concede and keep an open mind. Andreas is totally ecstatic about finally arriving into the space station. Not kidding – this must be one of the things he has been most looking forward to in the entire journey.

Well here we arrive and are left off by the cab in front of a very Soviet, very low and very unassuming looking structure in the middle of a parking lot. Hmmmm get me out of here please, 2 nights in this hole – no way. Someone else is already excitedly walking into the building. On we go. The kind receptionist lets us do an early check-in against an extra charge of course (500 rub). Good news at least, some hot shower wouldn’t hurt.

Crossing a common dining/gaming/working area we enter into the space station. And space station it is. I feel like I have stepped into a Star Wars set. You literally get a capsule to live in complete psychedelic light shows, doors opening as if you were on board one of the Imperial Star Destroyers (you gotta be a Star Wars fan to picture that). 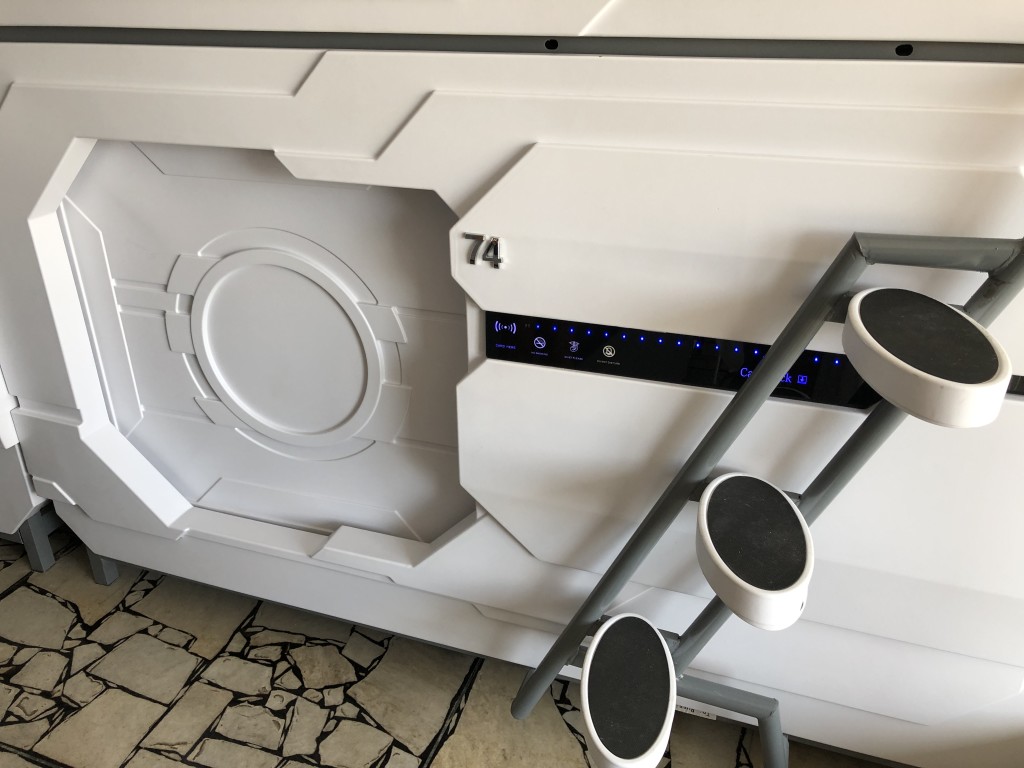 Our space station ready for take off

Hmmm this could be fun I am thinking. On second thought hope it will not be noisy at night being the light sleeper that I am. Two nights in this space… Let’s see. Somebody else is already jumping up and down from joy and deep into taking pictures and shooting artistic films of the whole light-door-space station feel.

After some freshening up in the capsule we head off to explore Kazan. Now that the sleep shelter is secured, comes the other physiological need on Maslow’s Hierarchy – getting some food into our quiet hungry tummies. The choice falls for a rather cool pub serving Texas style BBQ. Google food rating never disappoints no matter the country you are in. 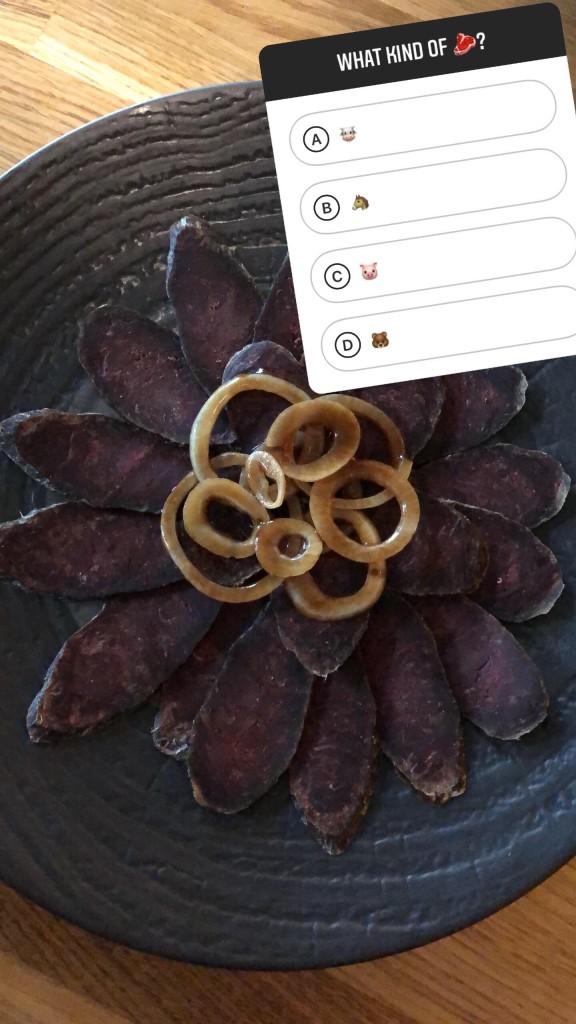 The answer is horse meat! Tasted quite OK actually

Food check! Full and smiling. On the wall of the pub we find this quote by Hemingway that sends us off to the day with a bigger smile. 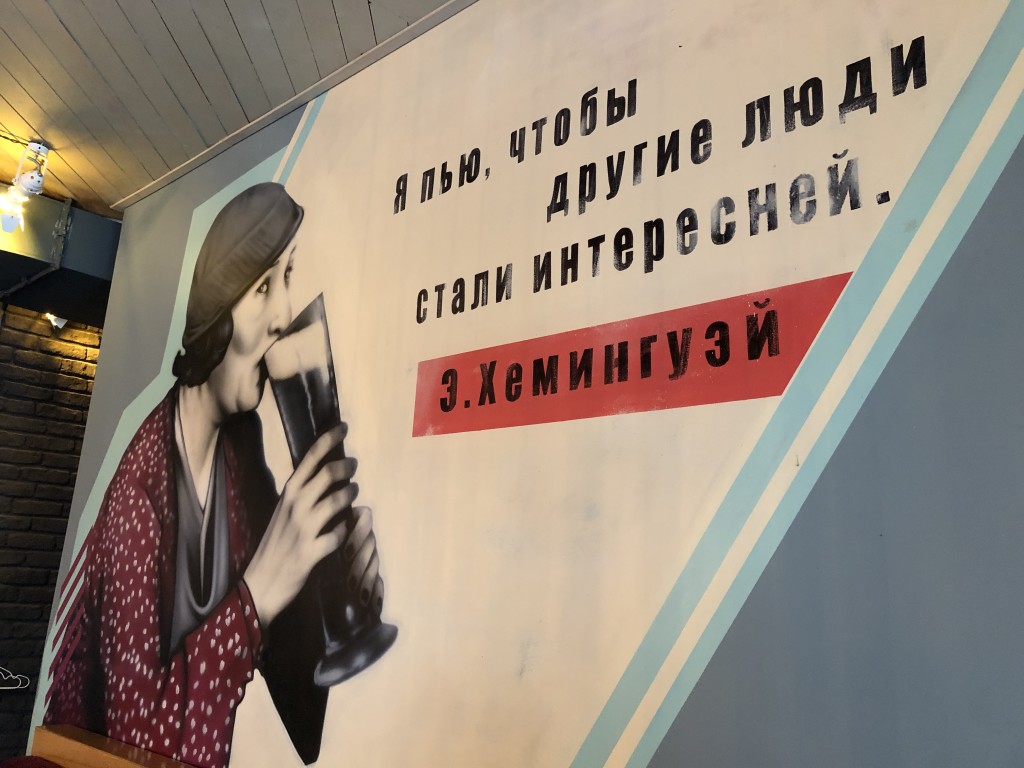 “I drink to make other people more interesting.” E. Hemingway

Just around the corner is Bauman pedestrian street – where shops, restaurants, bars and cathedrals coexist in harmony. 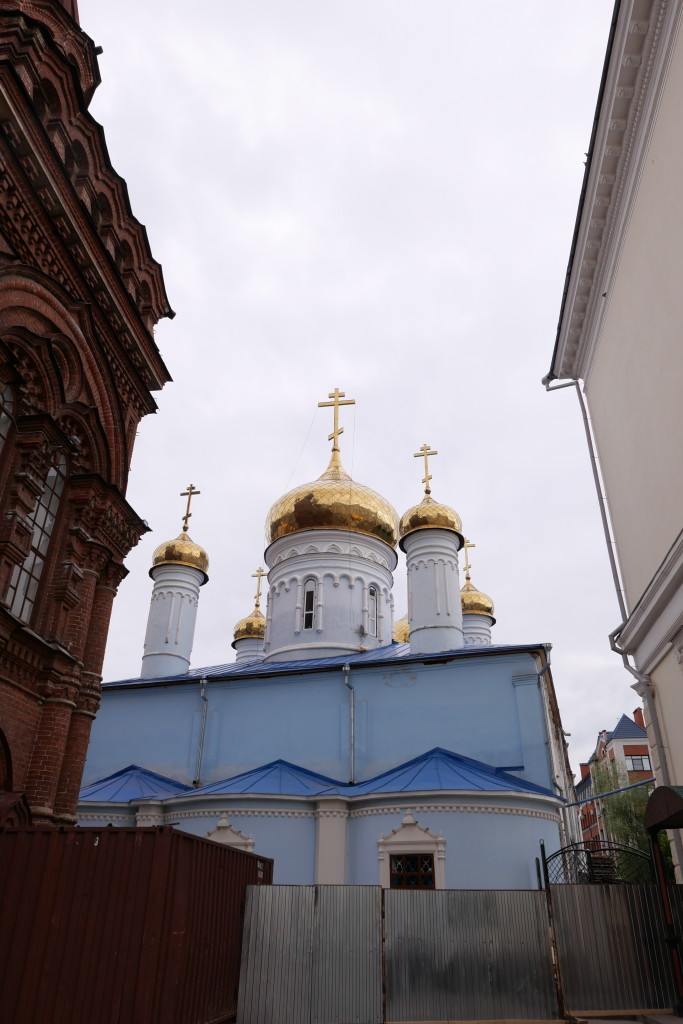 This stunning cathedral is literally perched in between more imposing neighbours.

What should we do next? It is a take it easy kind of a day. I have read about a Soviet lifestyle museum. Now that could be a cool nostalgic thing to do. A little trip down the memory lane. We hit the streets of Kazan and step into the Soviet times. 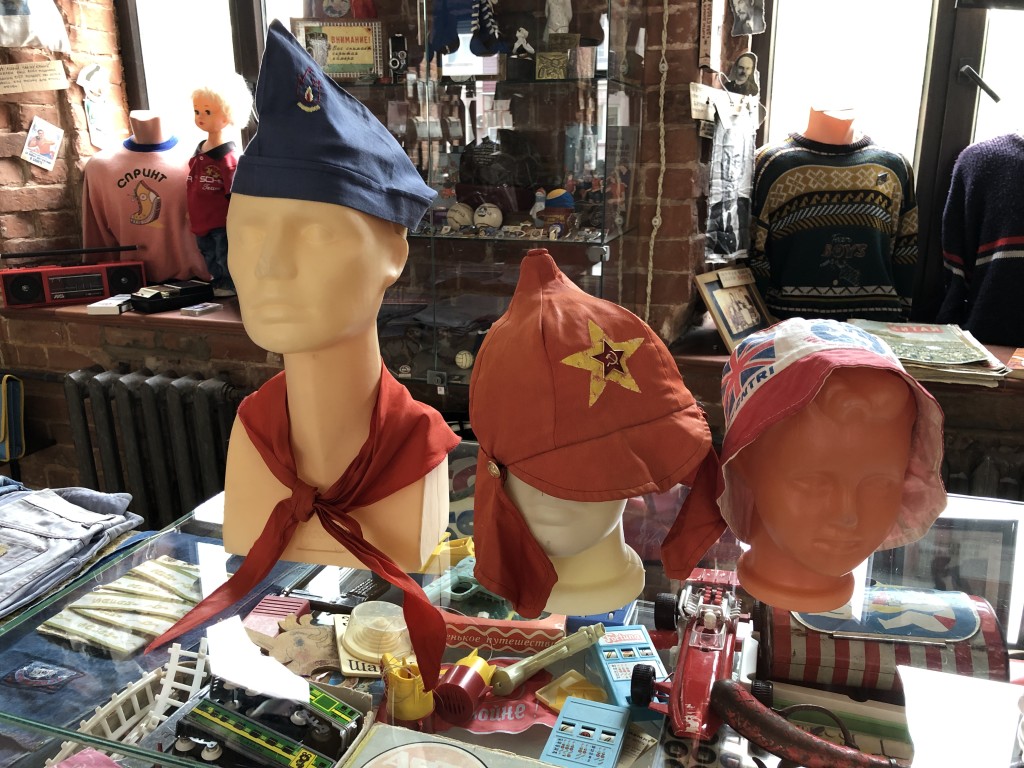 So many artefacts, many familiar, many not. Brings a smile thinking back on that era – growing up in late 1980’s I managed to get Soviet birth certificate and a tiny bit Soviet exposure. 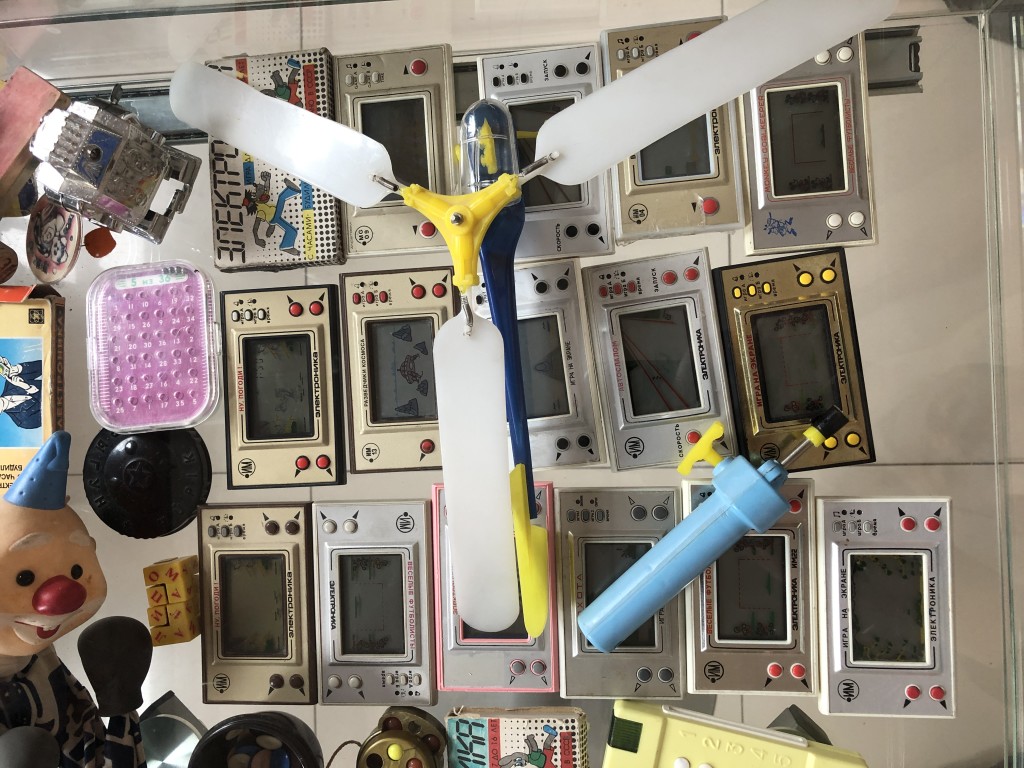 Spending an hour at the museum amongst Soviet memorabilia, we are ready to head out into the sun again and try out some of the local Tatar cuisine. Chak-chak is on the menu – dessert consisting of fried dough drenched in honey. That we try at the Chak-Chak museum – yep there is a museum for chak-chak. 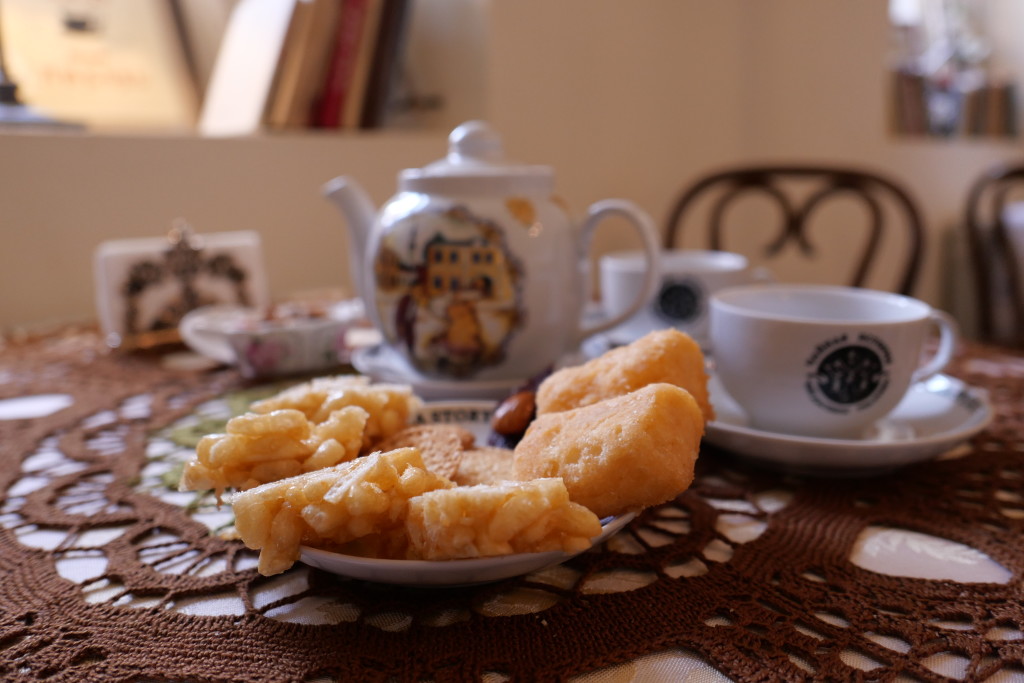 Take it easy day finishes at a riverside restaurant in the new part of the city with beautiful sunset and panoramic over the old city. But before that we are stopped by a beautiful rainbow stretching across Kaban Lakes. 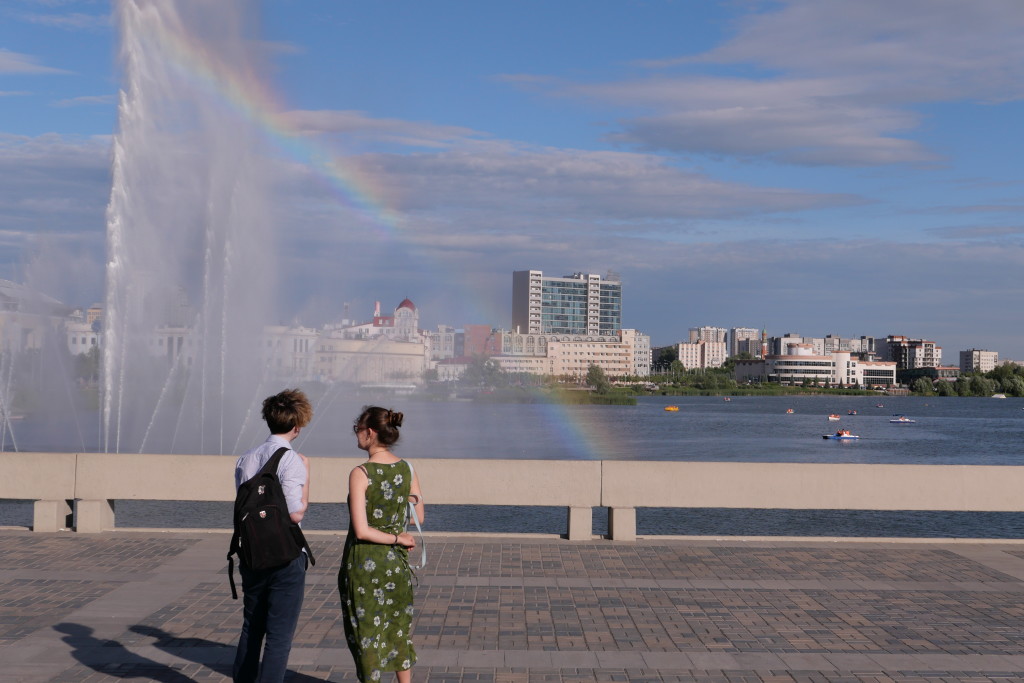 Somehow we go really crazy on the menu and end up ordering so many dishes that they keep brining something new every 10 minutes. We make our way through the feast, as our neighbours at the table across do vodka shots. Everything tastes so delicious and is really nicely presented. First impression of this city is very pleasant.

Time to call it a day and head back to our Millenium Falcon. Good night from Kazan, fingers crossed for quiet neighbours. 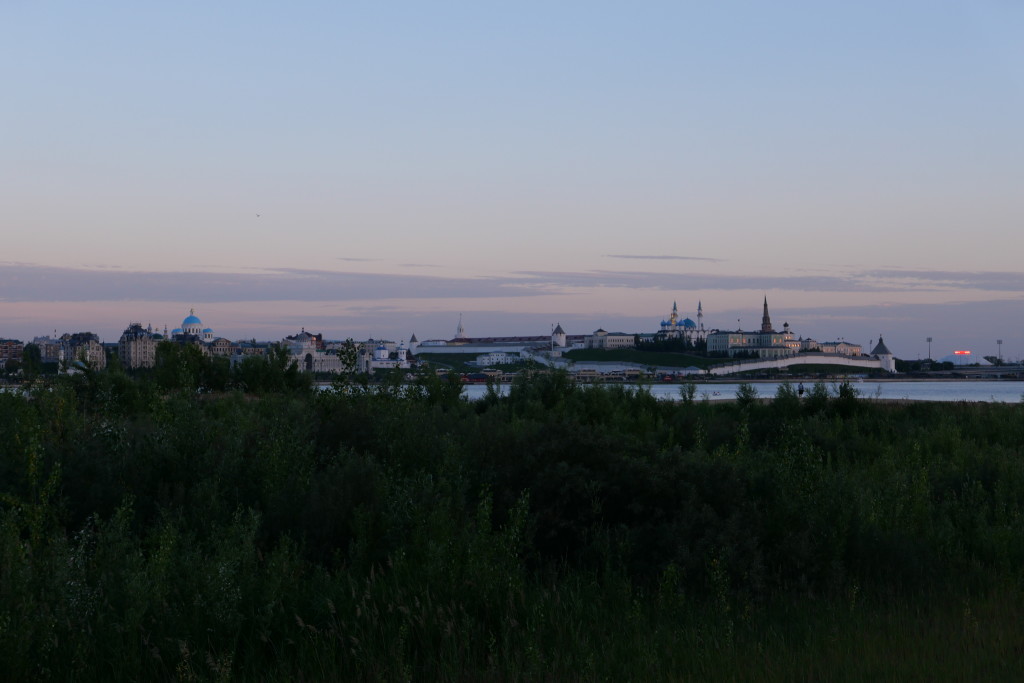