14 hours or so later the train pulls up at the Yekaterinburg station right on the dot. So far the Trans-Siberian trains have been rigidly following the train schedules with German punctuality. 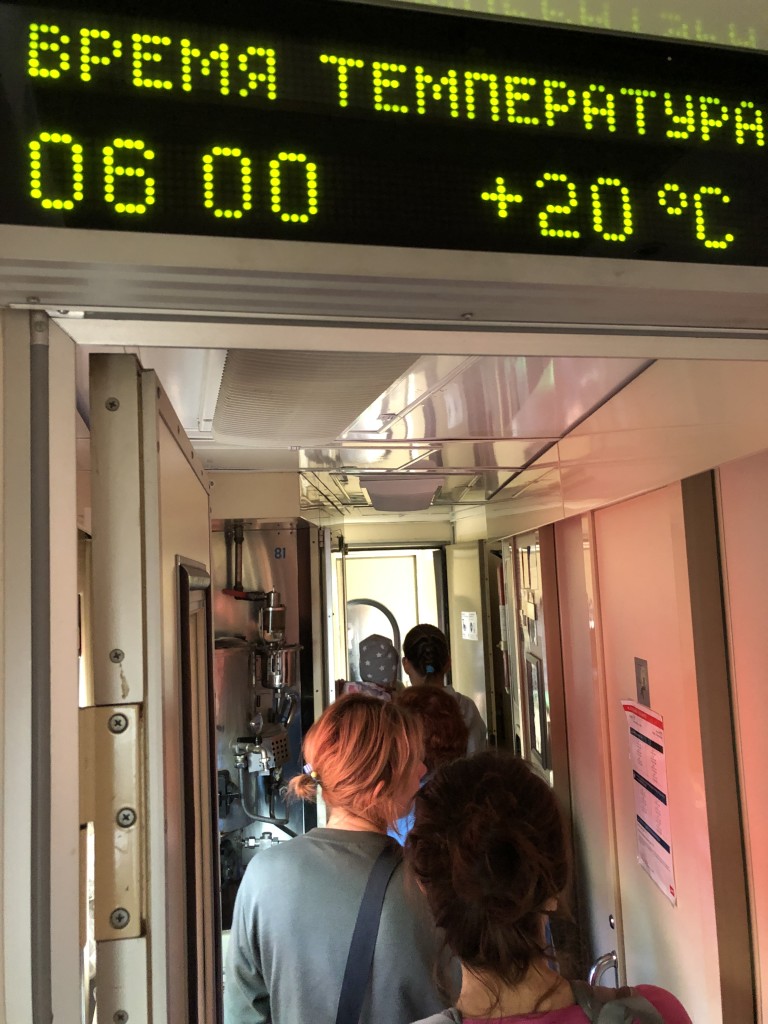 Needless to say I didn’t get much sleep. Woken up by the arrival of the midnight passengers, there was no point in trying to get back to sleep. Instead I ended up reading a book by my favourite Swedish/French author Jan Guillou. He is so so good. I am a total bookaholic and have always been. Last year I was introduced to the Guillou universe and I cannot stop reading his books. If you are contemplating to embark on a Trans-Siberian adventure, Guillou book series can become your trusty train companion, making the hours just fly by.

Nåh back to Yekaterinburg. The city also goes by its more commonly known Soviet name Sverdlovsk. A city in the Urals, a city at the geographic border of Europe and Asia, a city where the last Russian emperor – Tsar Nicholas II and his family, were murdered in 1918, a city of traditional wooden houses and glass skyscrapers, a city of monuments paying homage to The Beatles, to the invisible man (whoever that is) and to nothing less than a computer keyboard, a city in the making and of contrasts. Welcome to Yekaterinburg! We have two days to explore it until the Trans-Siberian train whistles us on board again. 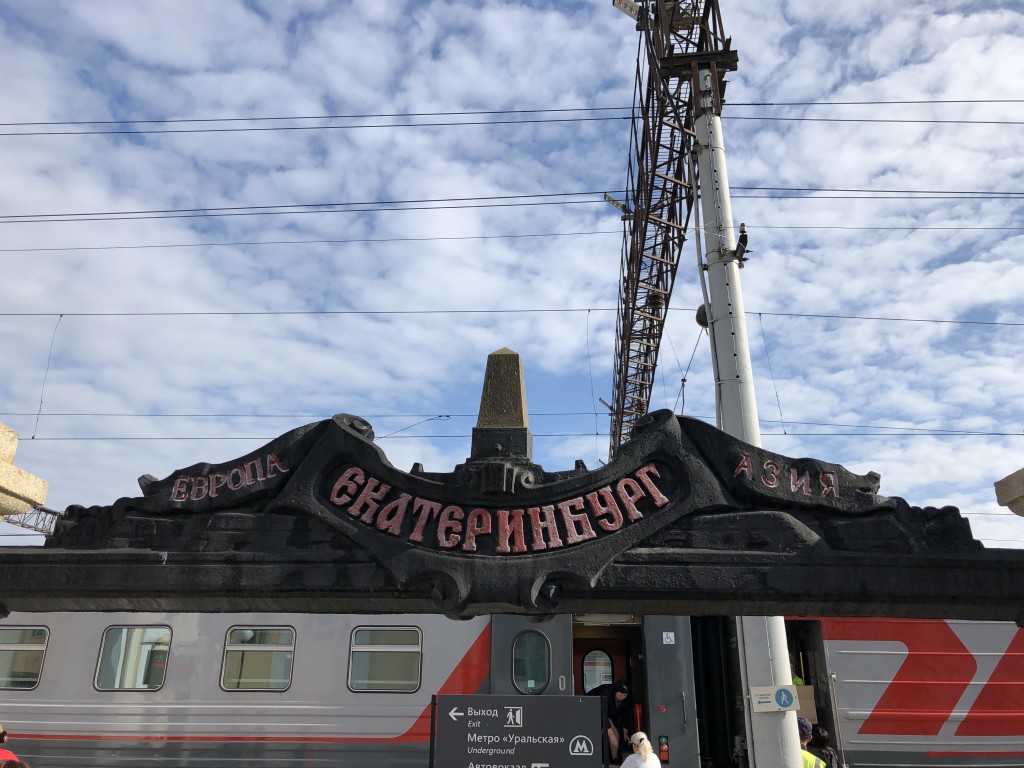 Welcome to Yekaterinburg – a city on the border of Europe and Asia. Just in case you forgot, the big sign in the train station stands as a proud reminder. 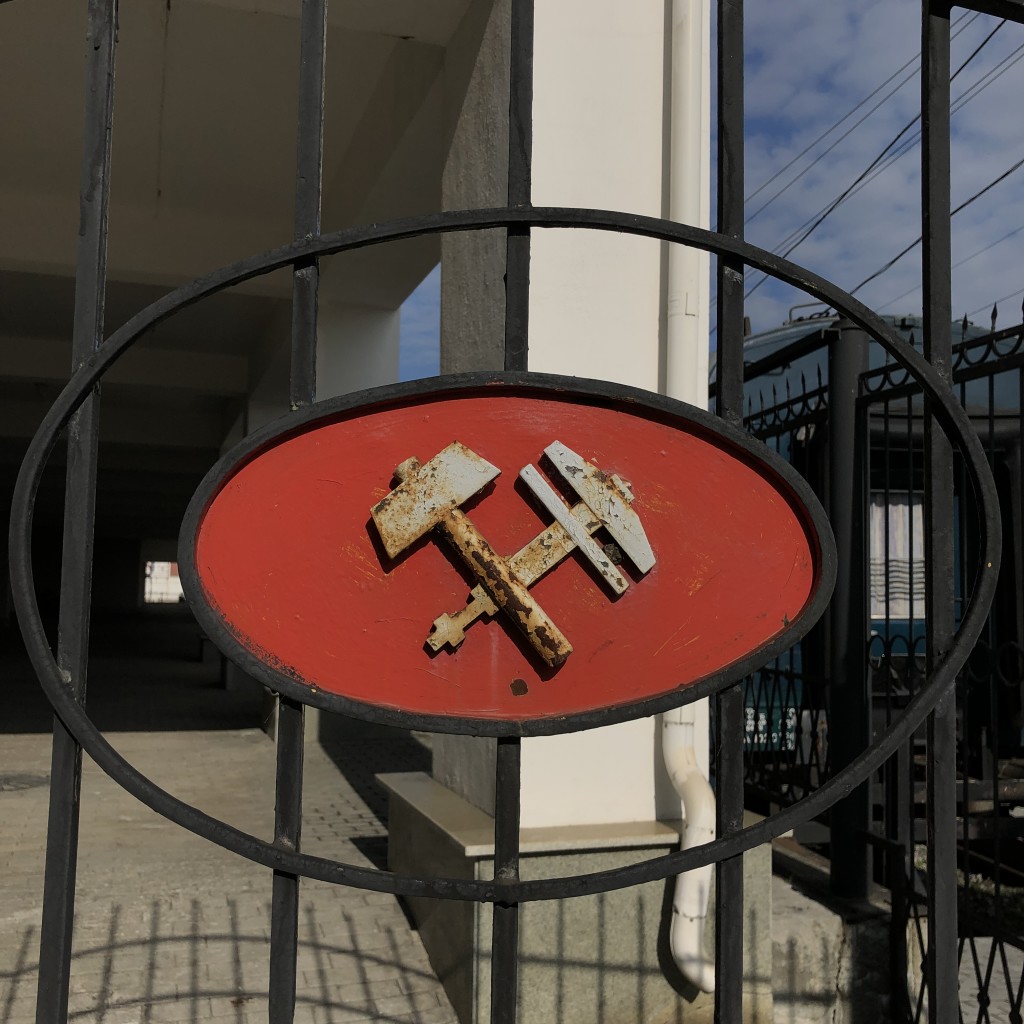 Our plan of arriving in the hotel early in the morning and hoping for a way too early check-in works like a charm. The sweet receptionist, with Russian seriousness and a face with no hint of a smile, gives a green light and this time, unlike the Kazan capsule place, no extra charge is required. Just wait for 30 minutes. Excellent start of the day! Now that the shelter is secured, some breakfast is what will put an even bigger smile on my face. 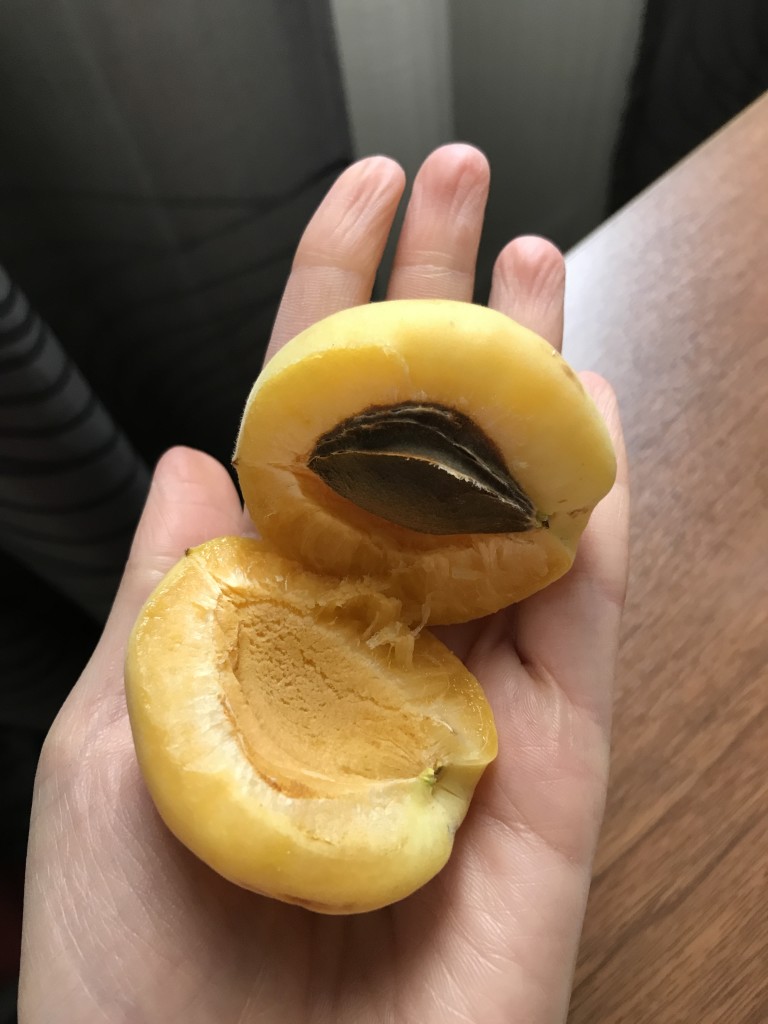 What! Apricots – the lovely fruit of my home, Armenia.

Imagine the surprise on my face, where at the buffet amongst Russian blini and sirniki, I come face to face with this beauty – apricots! What! My first reaction is – have we taken the wrong train and woken up in Armenia. I am in heaven. Apricot is the fruit I miss the most from my home and finding it here in the middle of Russia, looking exactly like the apricots we have at home, my heart skipped a beat. I already like this city.

Having devoured most of the apricots in the buffet – sorry other guests, it is time to catch up on some sleep that I was deprived of in the train. Yekaterinburg explorations need to wait for a few hours, otherwise my sleep-deprived head cannot properly function. 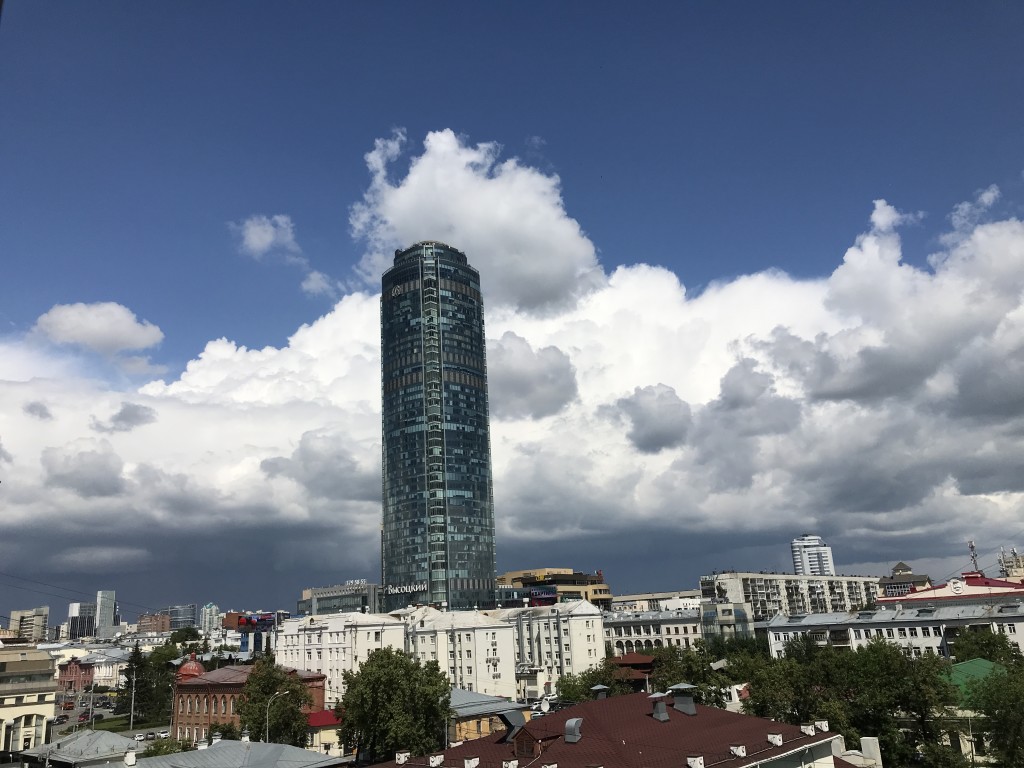 Vysotsky Tower standing out amidst Soviet architecture of Yekaterinburg

I must have been really tired – slept like a baby for a few hours the moment my head hit the pillow. Now I am ready to take on the city. Let’s go!

With no specific plan in mind we set off on a sunny walk in the neighbourhood, passing cosy parks and peculiar monuments along the way. 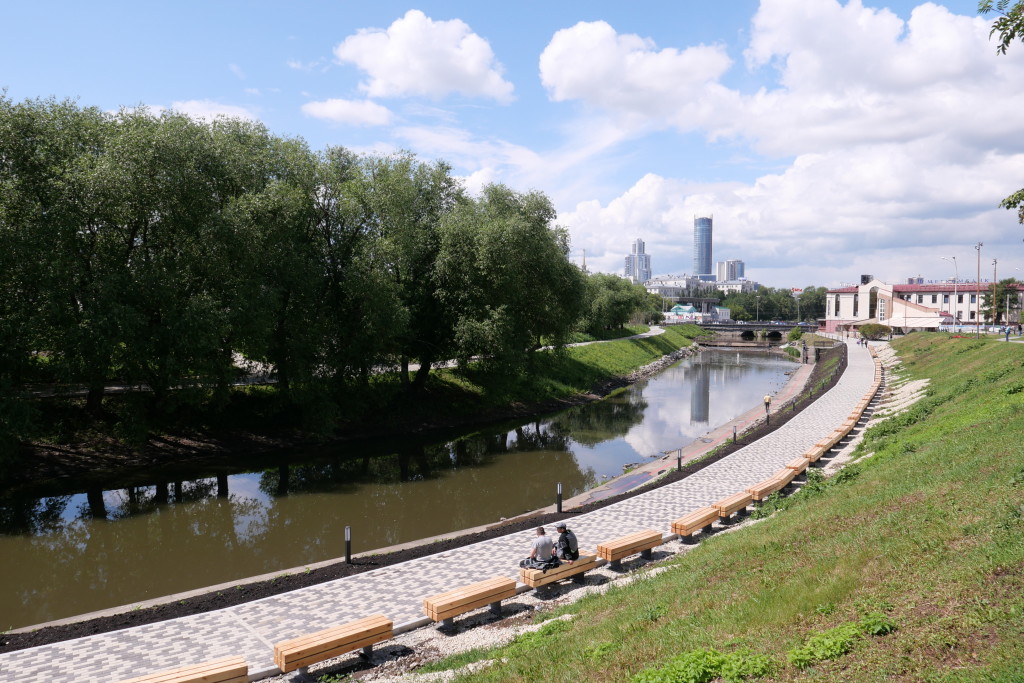 The first curios site is the keyboard monument – don’t ask why. Just because, I suppose. Standing there admiring the white stones dedicated to something so common and something that has permeated our lives so irreversibly seems strange at first sight, but why not? 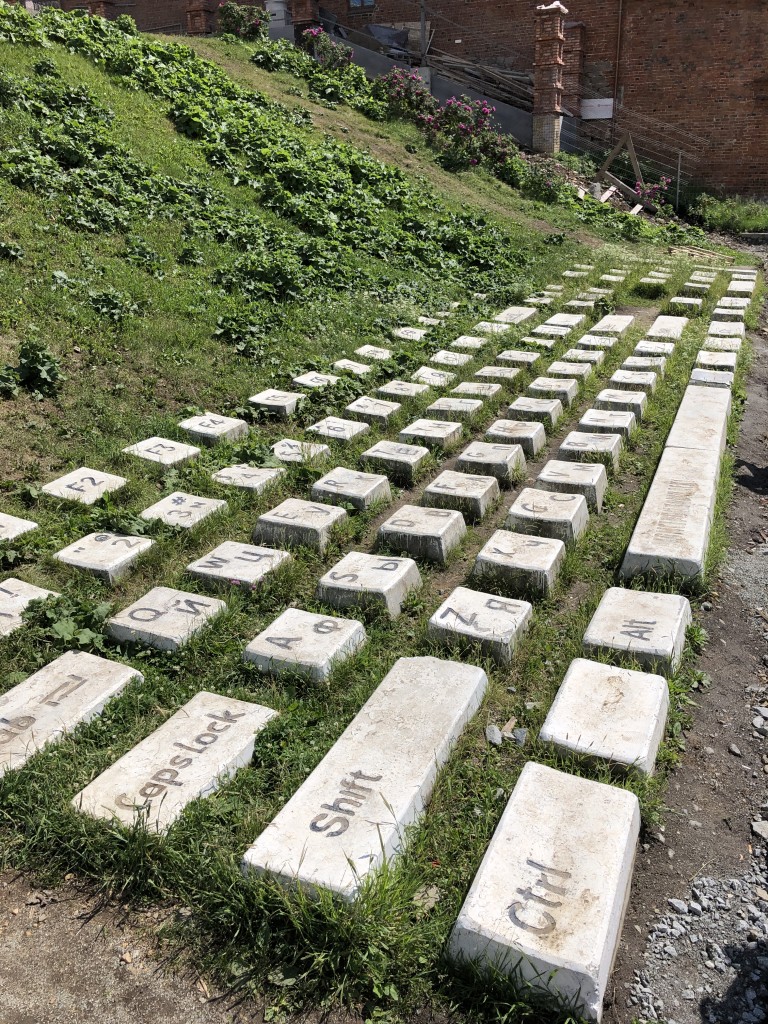 We overhear a Russian girl telling her visiting friend that you are supposed to make a wish and hop around the stones to spell out the wish and that will make the wish come true. The friend looks pretty dubious and not really in the mood for hopping around spelling random wishes. The girl decides to be the brave one and set an example by jumping around for some time until she apparently decides that the wish is spelled out alright. The friend then has no choice but follow the example. 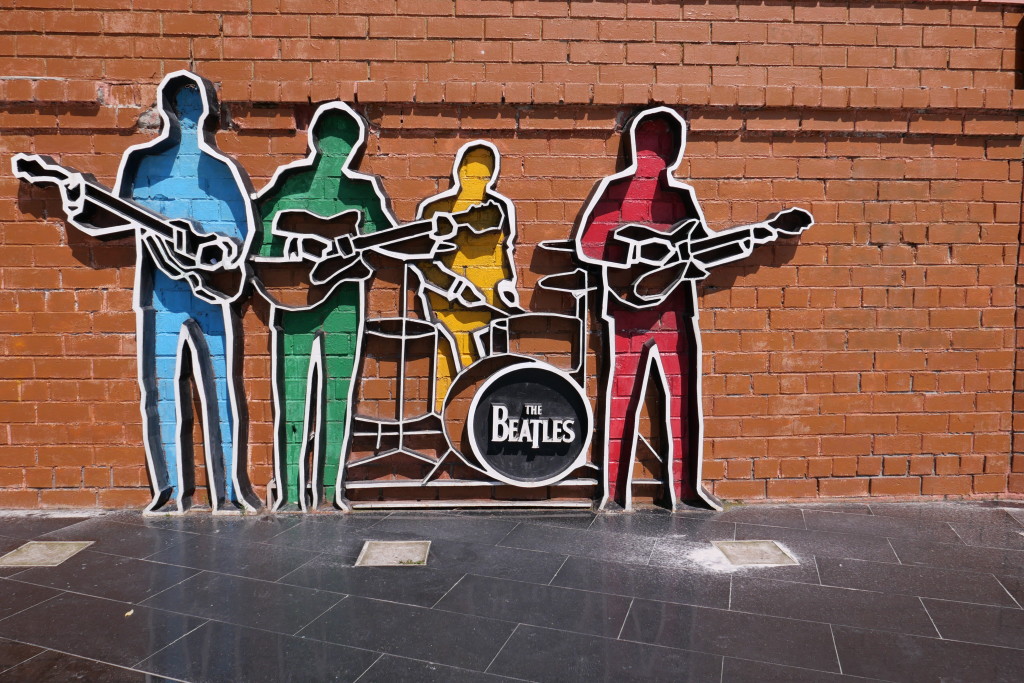 Just a few steps away from the keyboard monument stands another one – to The Beatles and the Wall of Love. 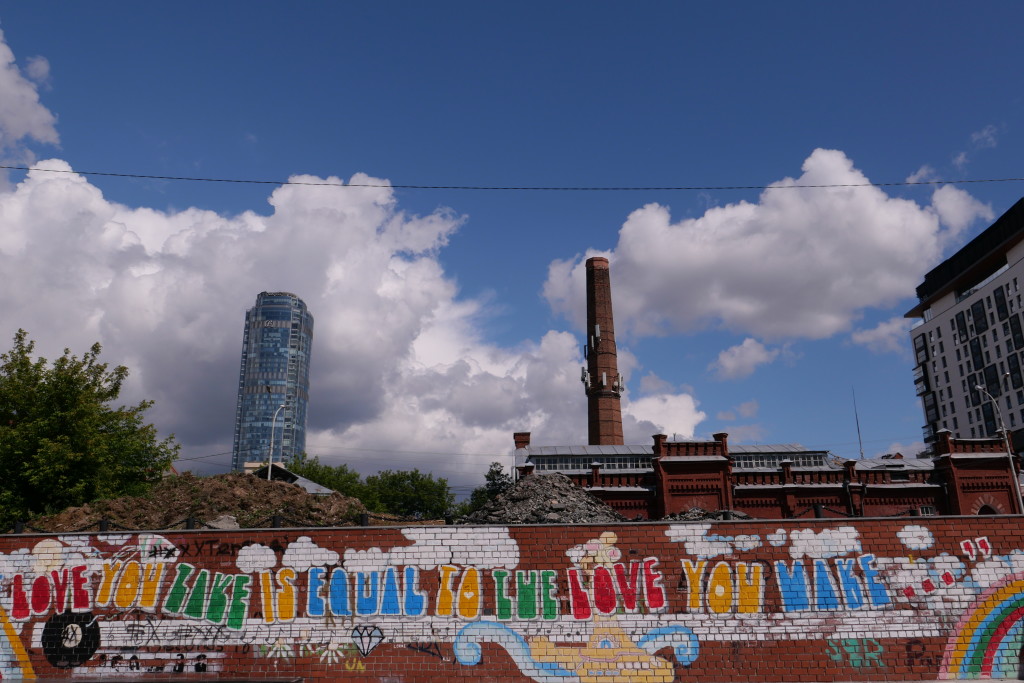 Seems like the city is under major construction, there were high-rises popping up everywhere. 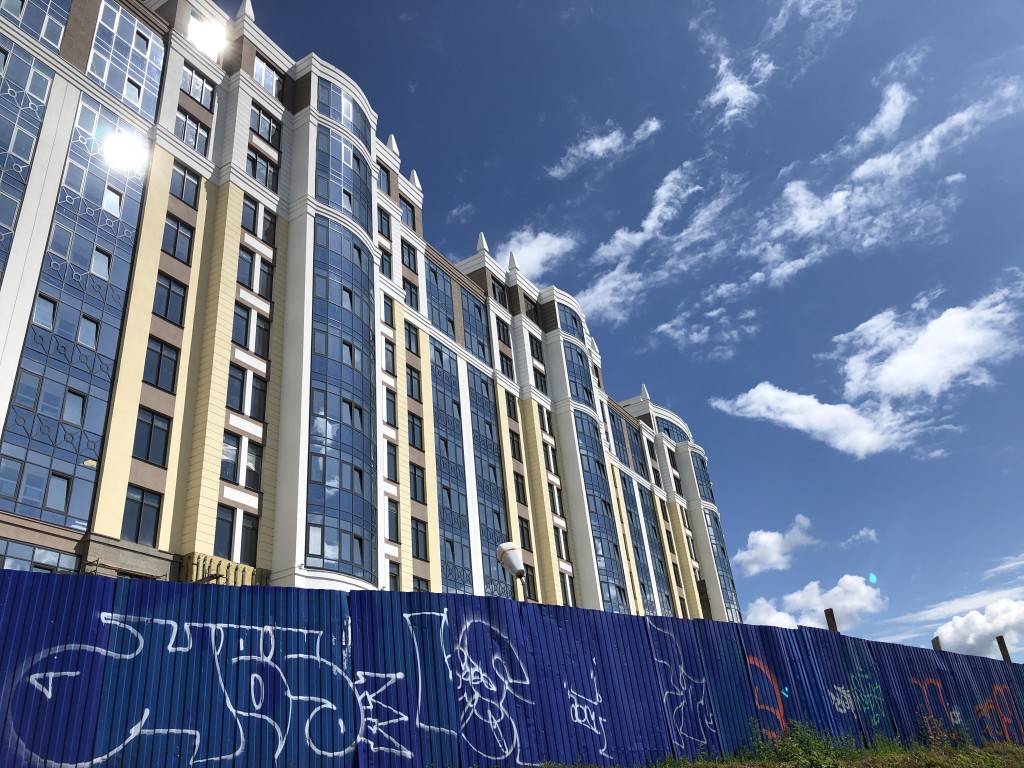 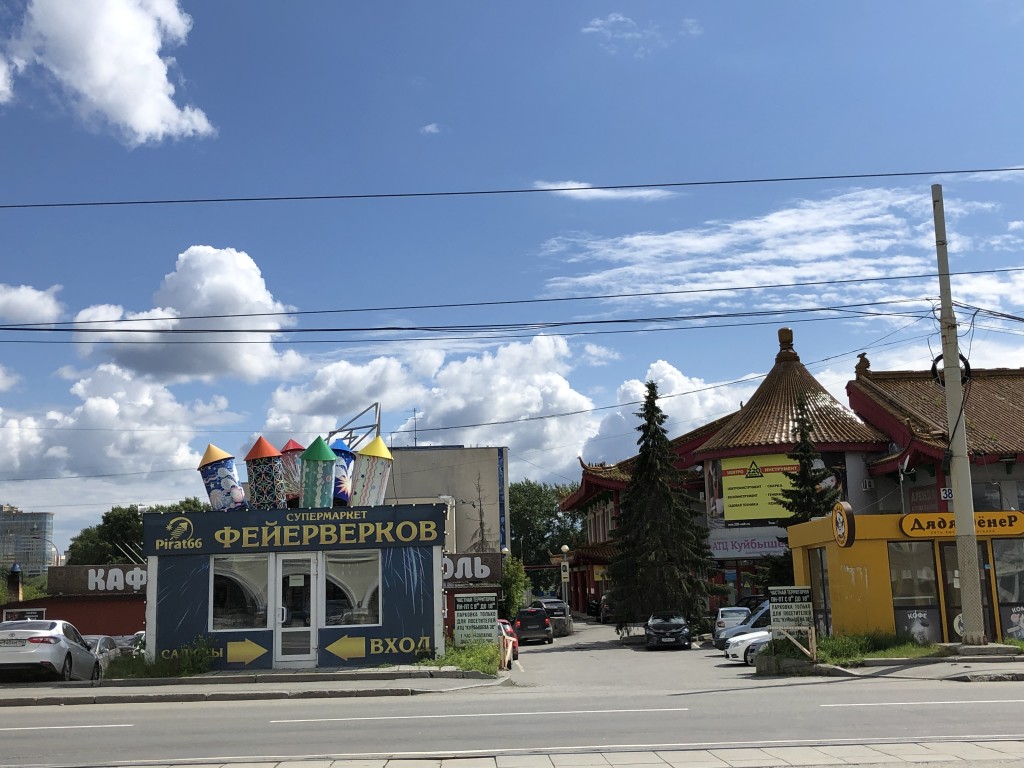 Firework supermarket just off a main street in the middle of practically nothing much – what!?

A few hours of strolling around led us to a small café. The blue sky was quickly turning into a serious shade of grey with a promise of heavy rain. We sought refuge and found a nostalgic menu of Soviet/Russian delights to keep us busy – borsch, fried potatoes with mushroom and onion (this one is a big hit also on board the trains), blini and more. 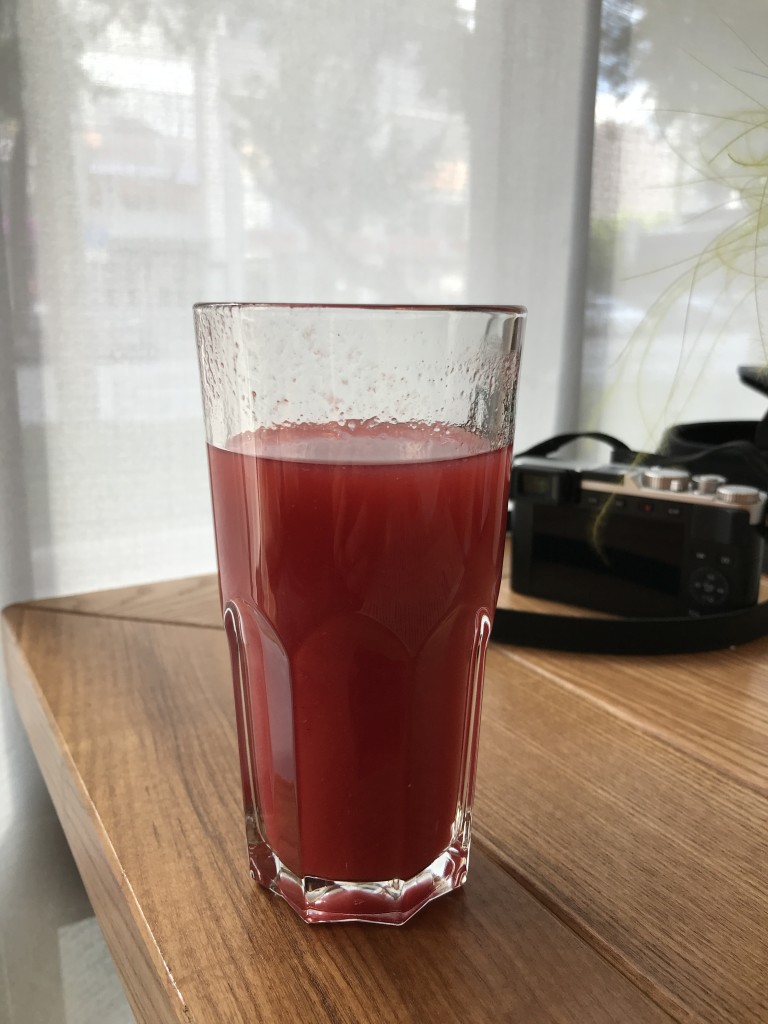 Mors – a Ural specialty, made from fresh berries, sugar and water 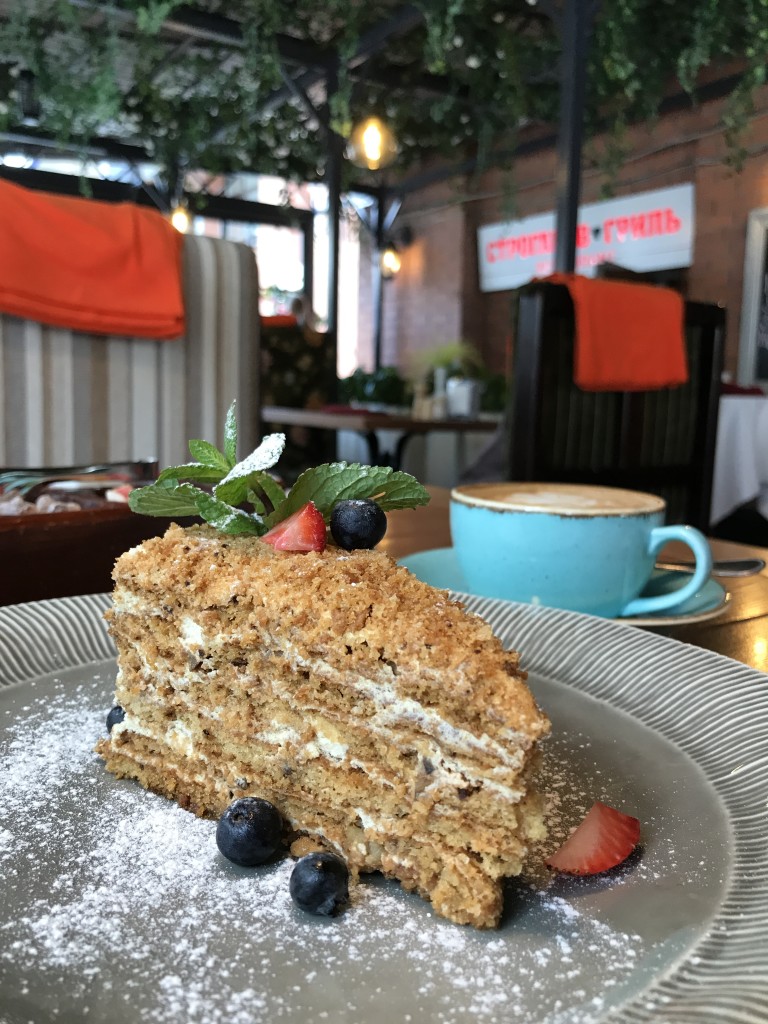 Honey cake – this was a very popular cake in my childhood. A Soviet heritage, it was a must item on the menu for every New Year table.

The threat of rain is long gone. Free to roam the streets again or rather head to the hotel for a few hours of rest before our local tour of the city with Alexander. Who is Alexander, you might ask? Good question – a Yekaterinburg resident we found through Airbnb. He promised to show us the best of the city and his favourite spots. 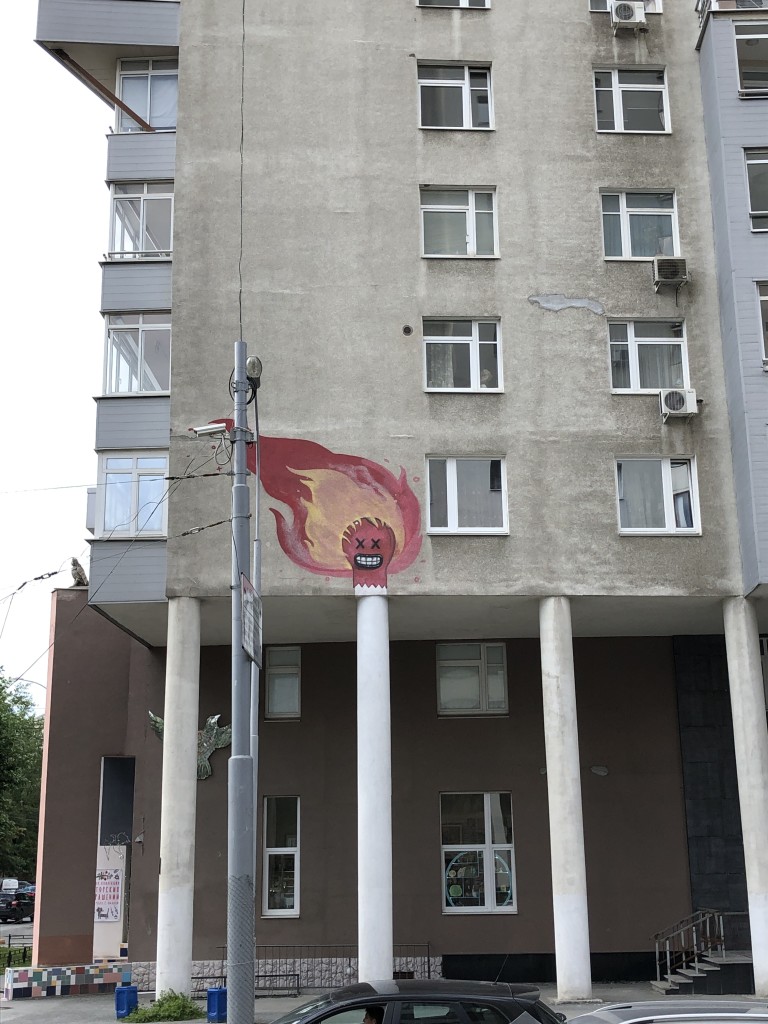 The residents of Yekaterinburg have a sense of sarcasm 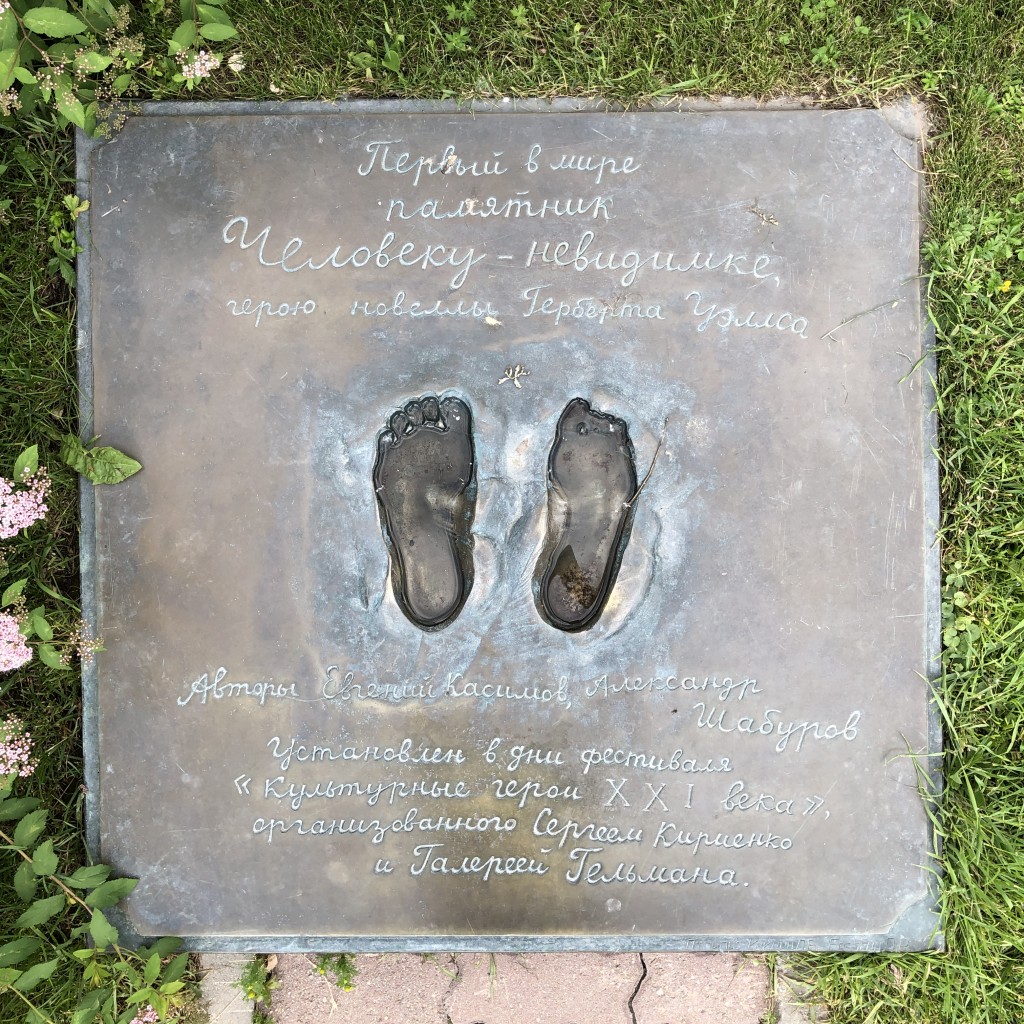 Monument to the invisible man

We meet Alexander down in the hotel lobby and venture out into the city. Originally planned as 1.5 hour walk, it turns into a 3 hour beautiful sunset tour as Alexander excitedly leads us through one favourite landmark of his to another. It is always so exciting seeing a new place through the eyes of the locals, hearing their stories and their takes on places. 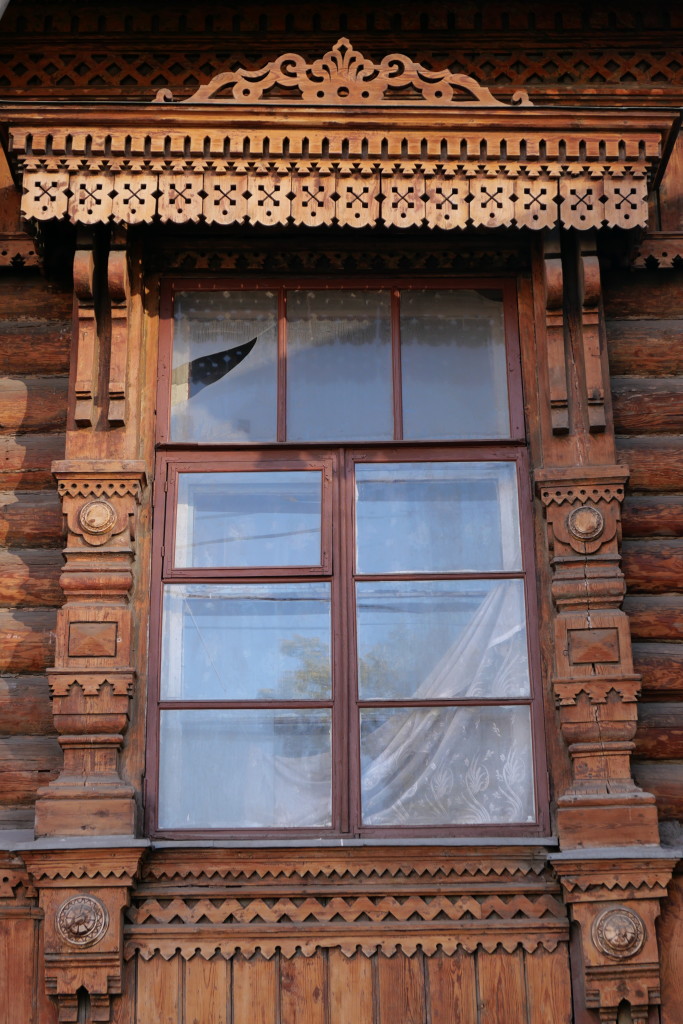 Beautiful wooden carvings on traditional Russian houses. The few houses that are left in the city are under state protection. 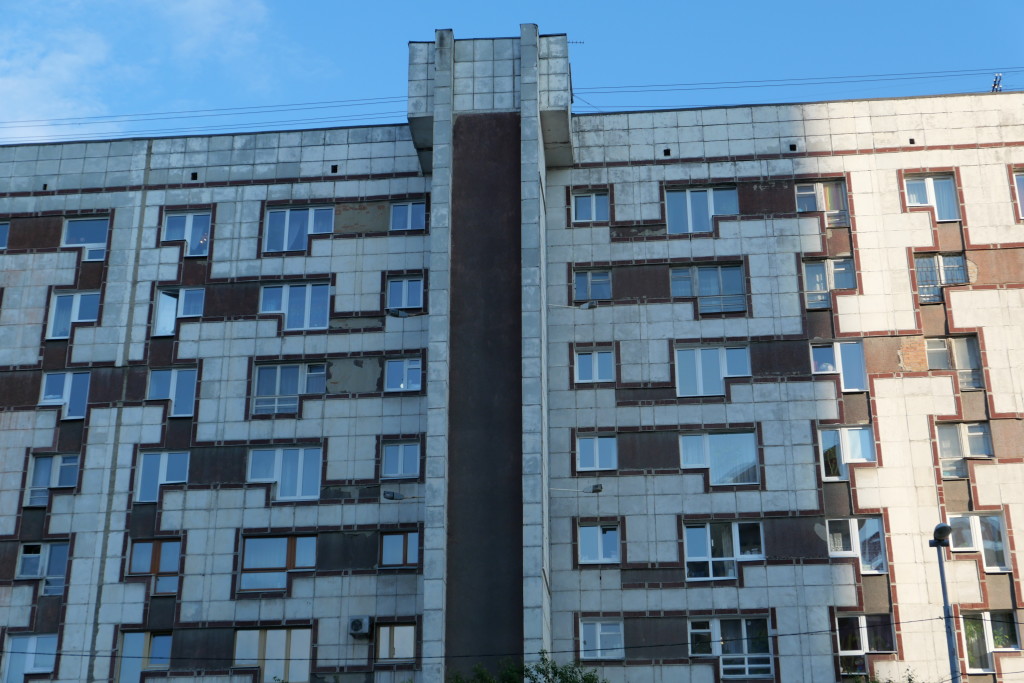 An interesting remnant of Soviet architecture 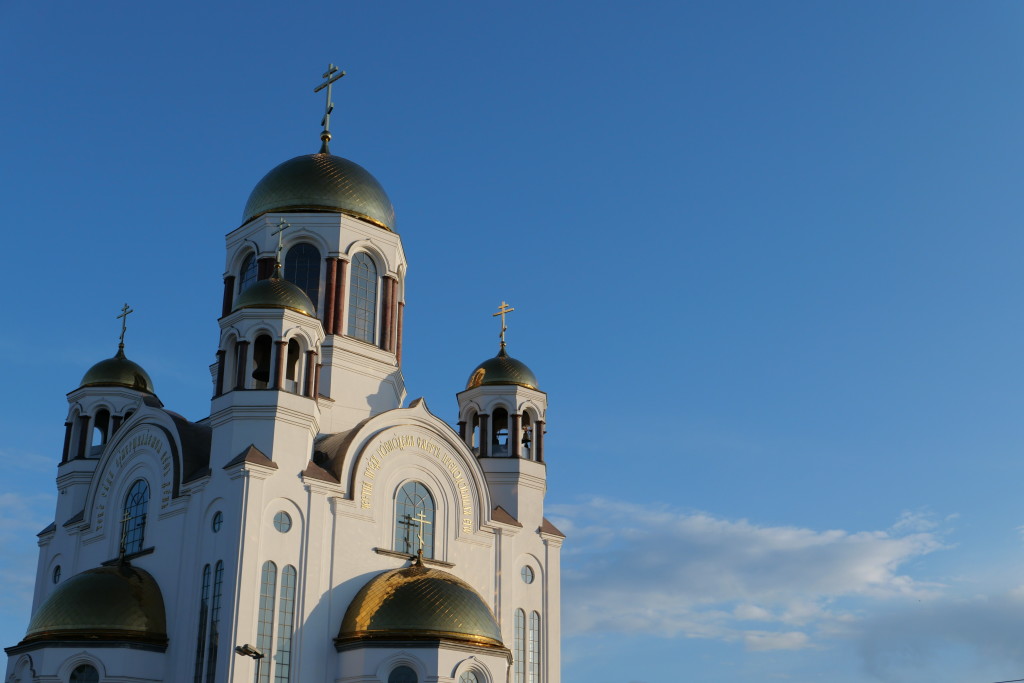 The Church on Blood – the site where the Romanovs were murdered in 1918. There stood a mansion here once, in the basement of which Romanovs were hiding. Now the church is rising here as a memorial to the last tsar of Russia and his family. 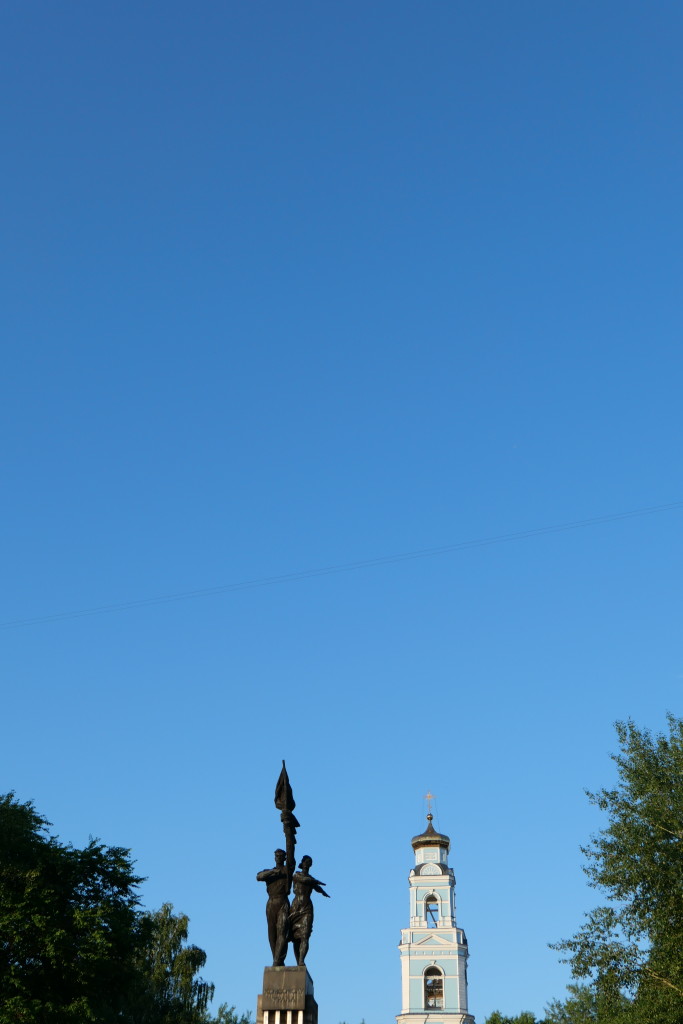 Soviet symbol and religious site in the background. There was a time where those two didn’t go so well together 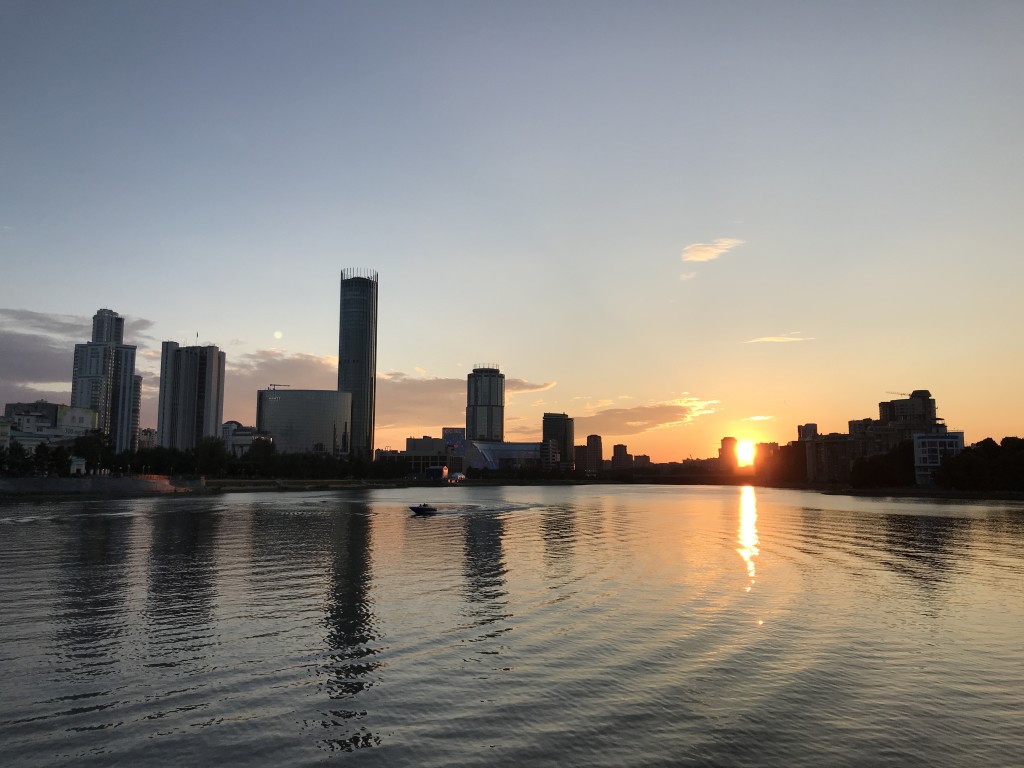 Beautiful sunset by the river promenade 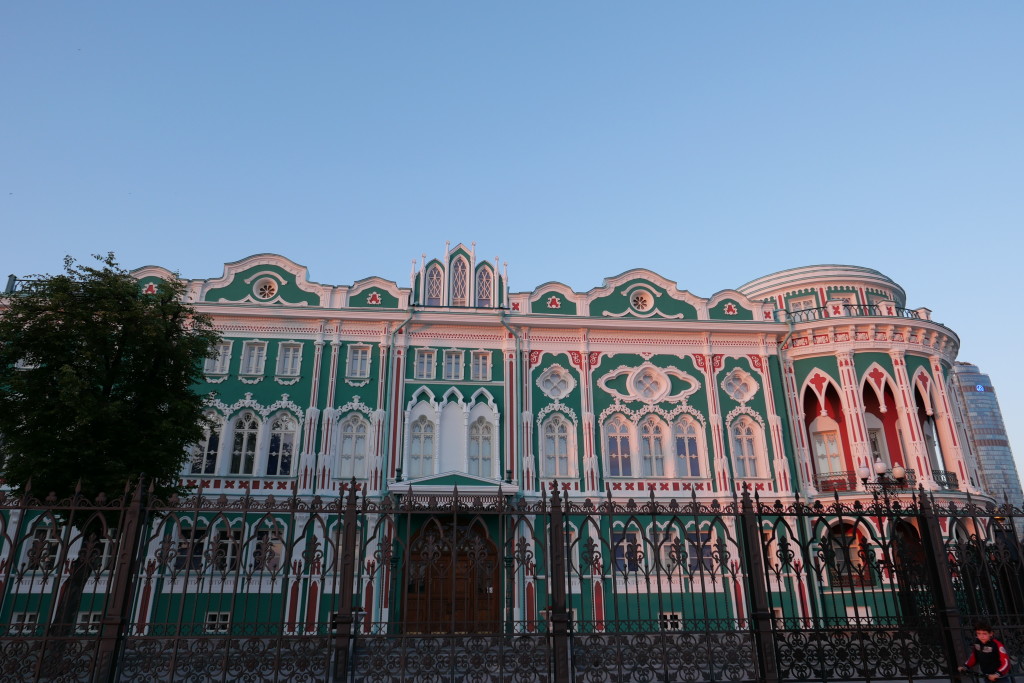 Putin’s residence when in town 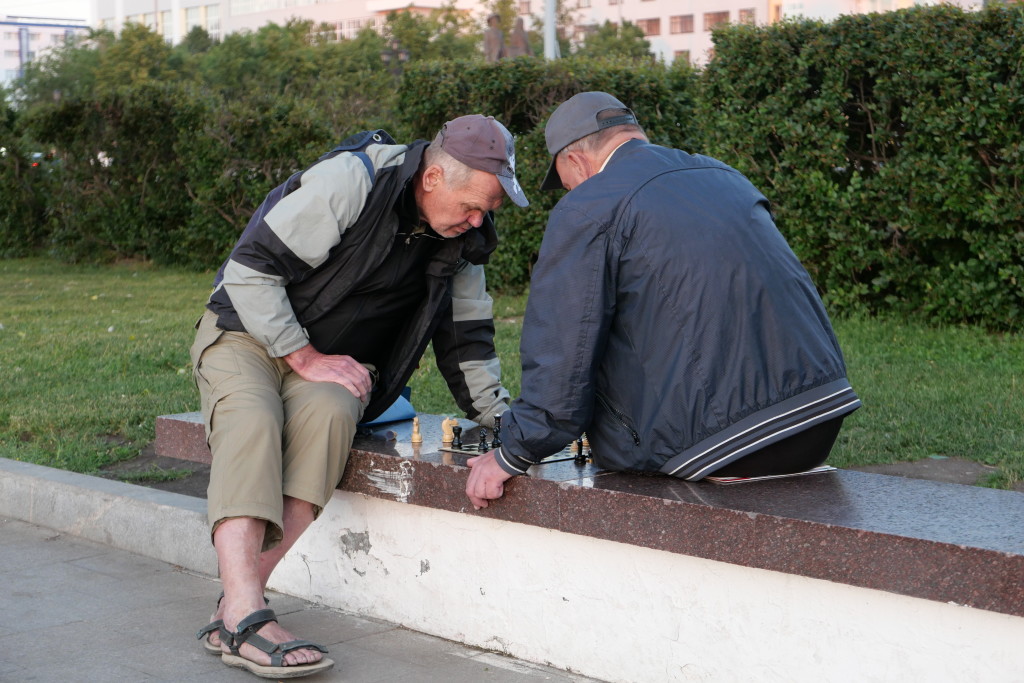 Deep in the game 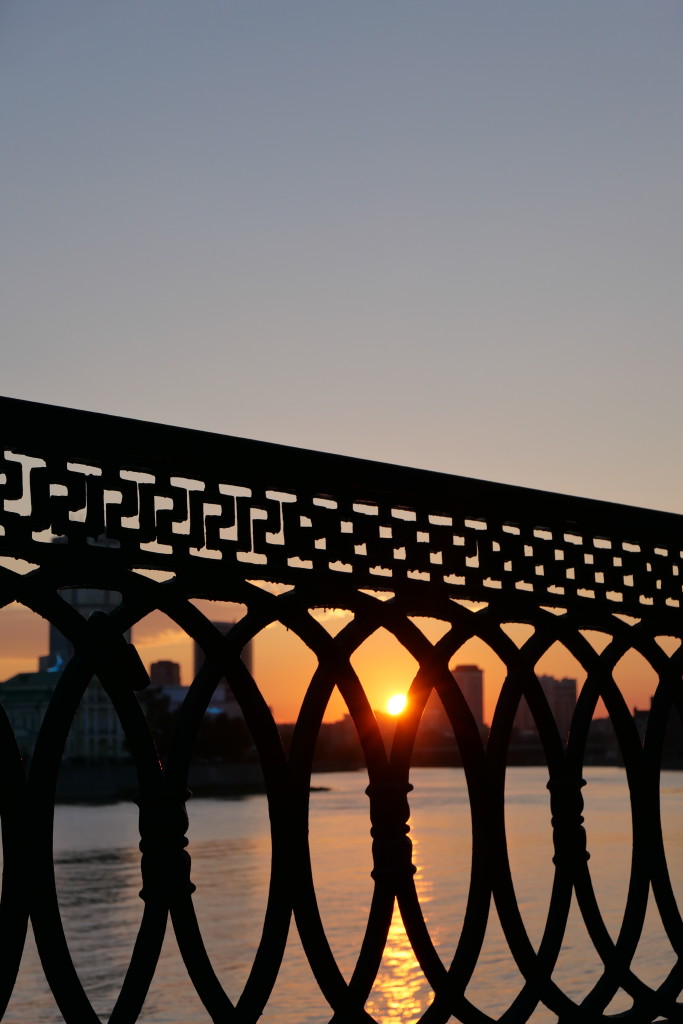 A beautiful sunset to seal off another beautiful day in Russia. Yekaterinburg has shown its prettiest side to us. Good night from the Urals!