Sense of beauty leads to castles, quest of adventure brings to impressive elements of nature. Of course you should neither expect a breathtaking sight as of the Bavarian pride Neuschwanstein, nor will you find a piece of Grand Canyon in Denmark. Here the beauty shines through modesty, both in castles that dot the country, as well as the natural landmarks, of which this little country has plenty. After all it is home to 5 UNESCO sites! 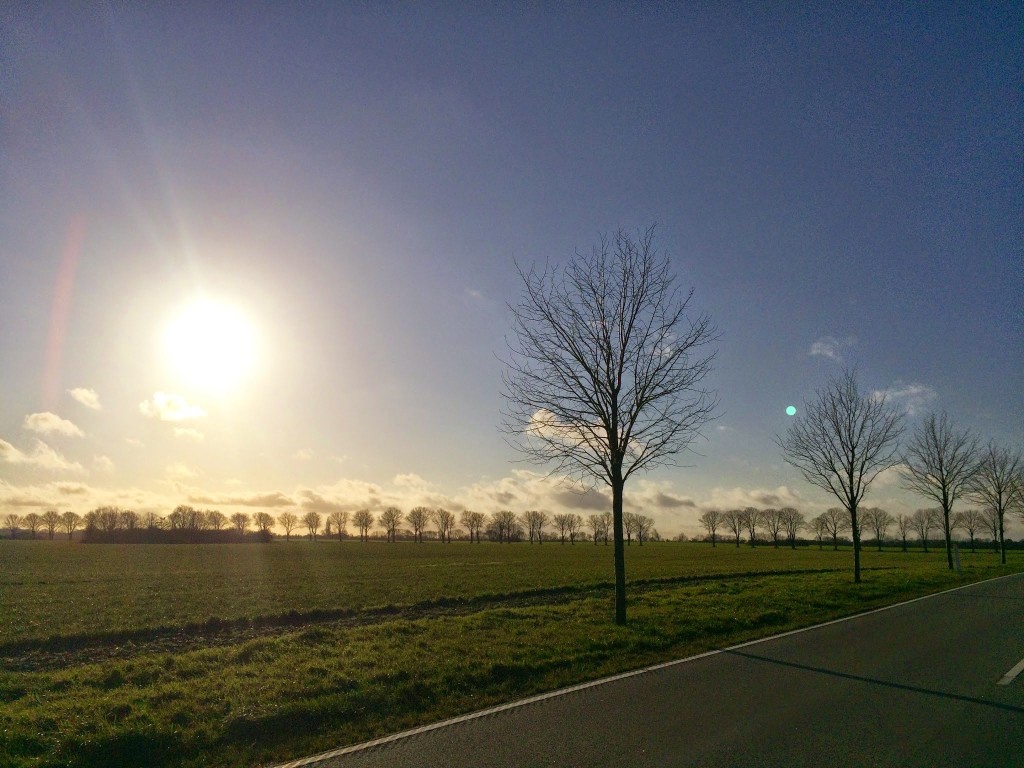 Where the sun shines…

The most recent addition to UNESCO in Denmark is Stevns Klint, a 65 million year old cliff made of chalk and limestone. It is around 20 km long and there is a hiking route, which is probably very nice in the summer months. On that winter day, despite the shining sun, the winds of the sea made sure that any dreamy intentions of a nice walk along the cliffs were limited to the absolute minimum. 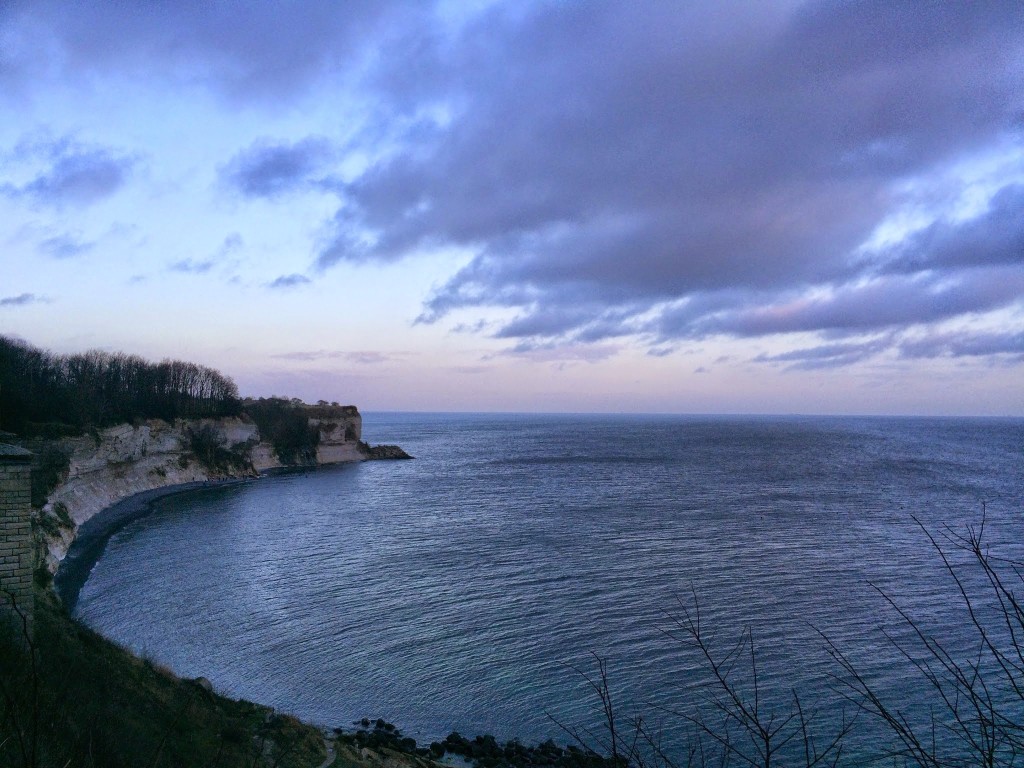 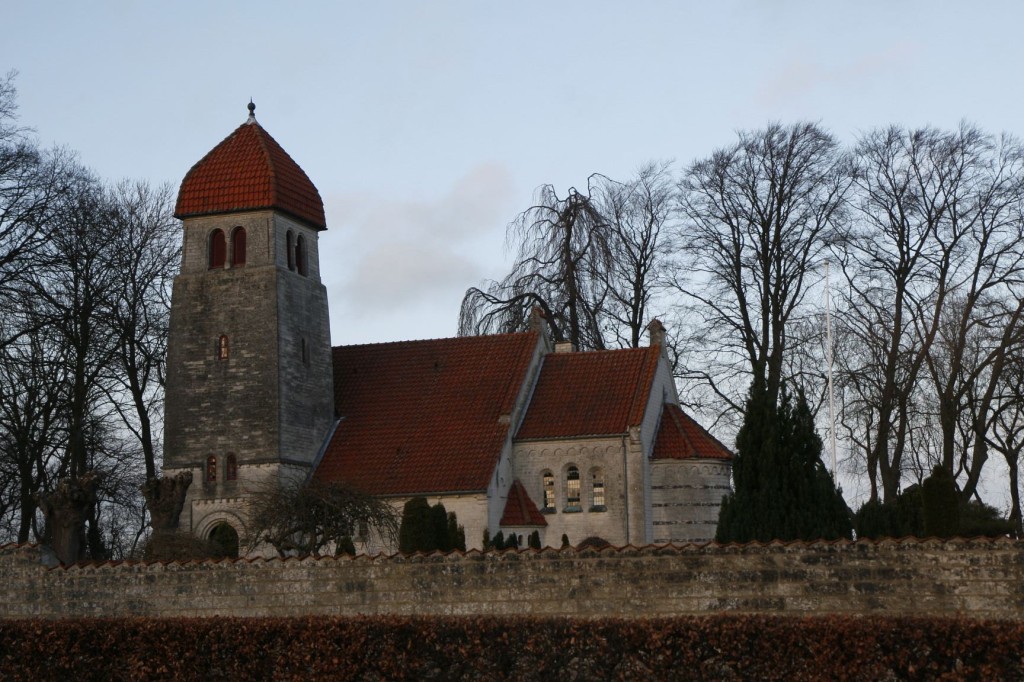 Before you reach the cliff, pay attention to this beautiful church, set off a few feet away from another more ancient looking church. Yes, this little area has two churches, standing across the “street” from each other, and of course there is a reason for that. The reason is not that the other church wasn’t enough to fit all the residents of the area, nor because they belong to different religions, not even because some rich philanthropist wanted to leave his name forever engraved in the history. Nope… The real reason is rather dramatic. 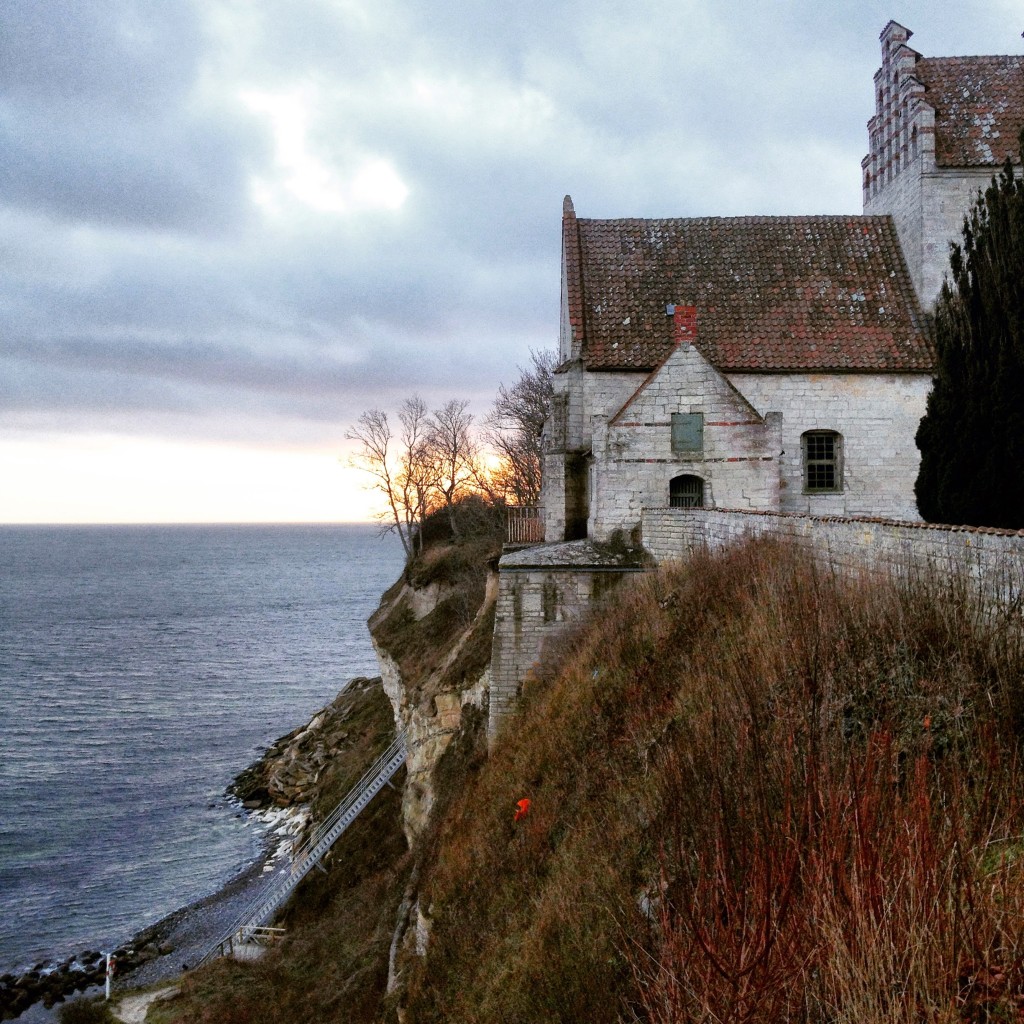 A collapsing church! It looks rather breathtaking. You would never imagine that the highly flat land suddenly takes a dramatic 40 meter descend to form the Stevns Klint. Once it was probably a good idea to put the church on this pretty cliff. Not anymore… Surely the people who built the church in 1200 could have never imagined that the land will slide one day, and one part of the church will collapse with it. The newer church was built in 1913 as erosion kept eating away the land from under the older church. 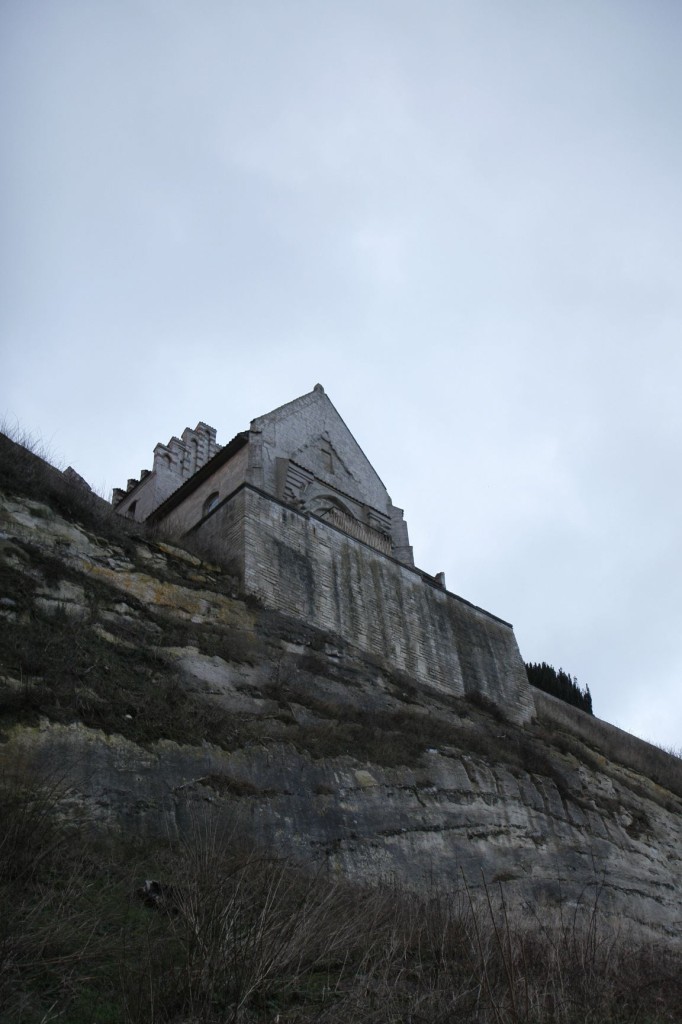 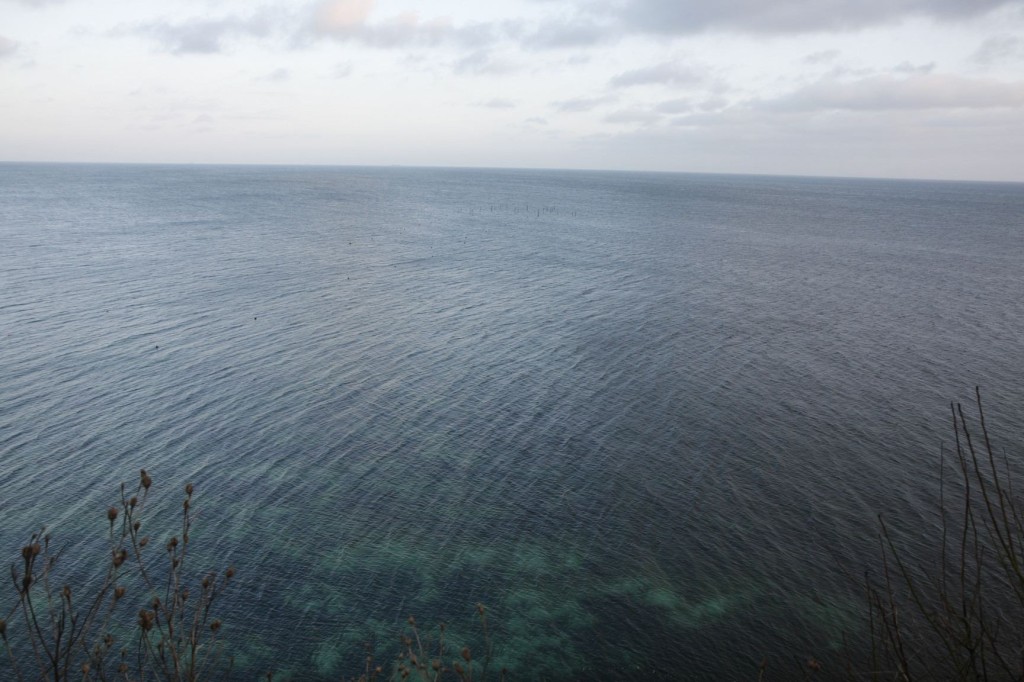 Øresund – a beautiful scene opens up from atop the cliffs

There is a rather steep staircase by the collapsing church leading down to the cliffs. It is probably a good idea to keep a grip on the handrail, the level of grip firmness is something that you will find out once you make a step down. It was not an utterly leg-shaking, but also not light-as-a-butterfly descend. 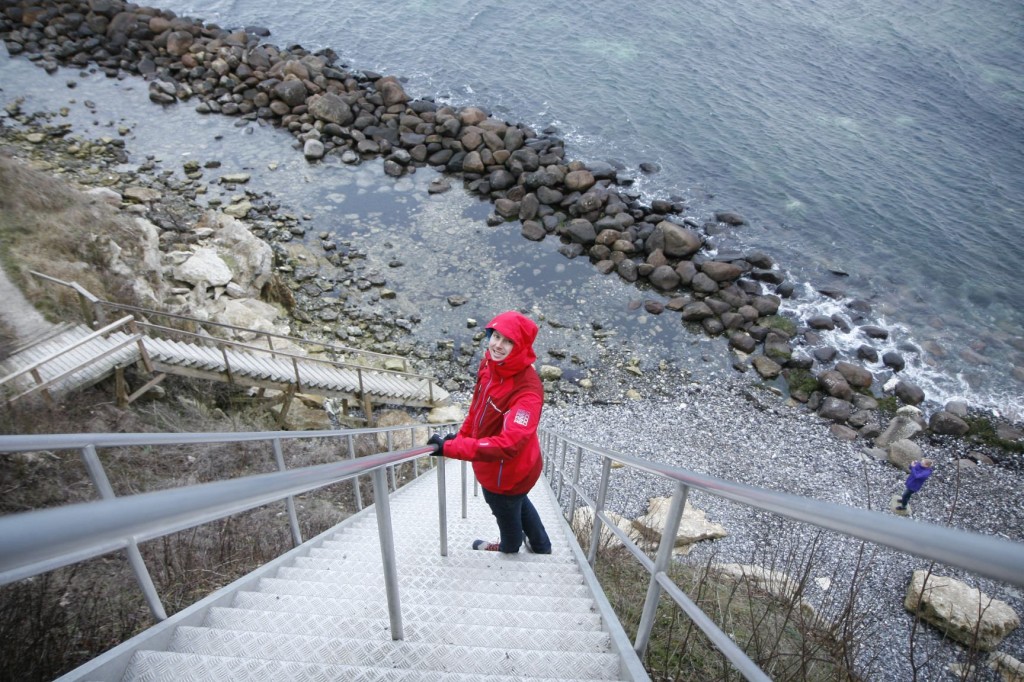 Andreas making his way to the shore

Let your gaze wander up and up. You will discover many different layers of chalk and limestone. 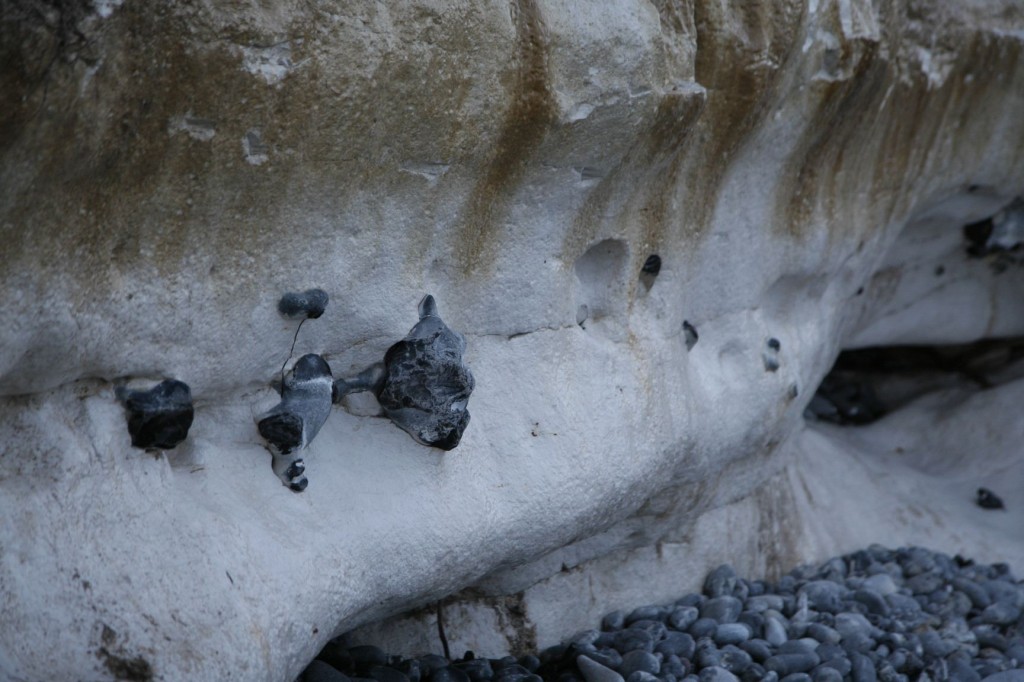 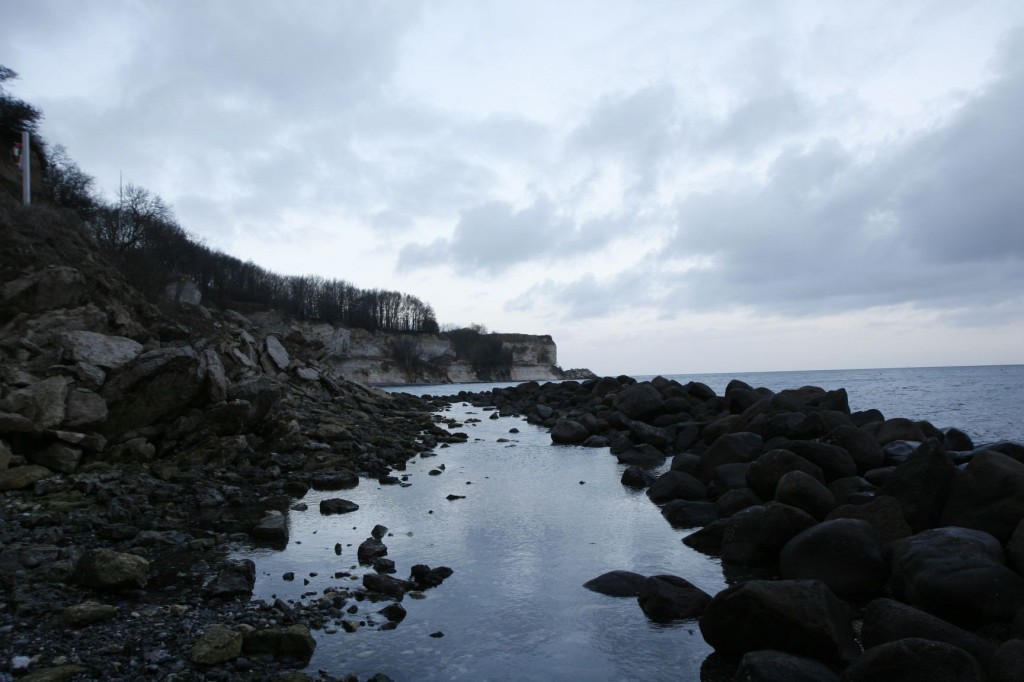 The sea was rather tamed 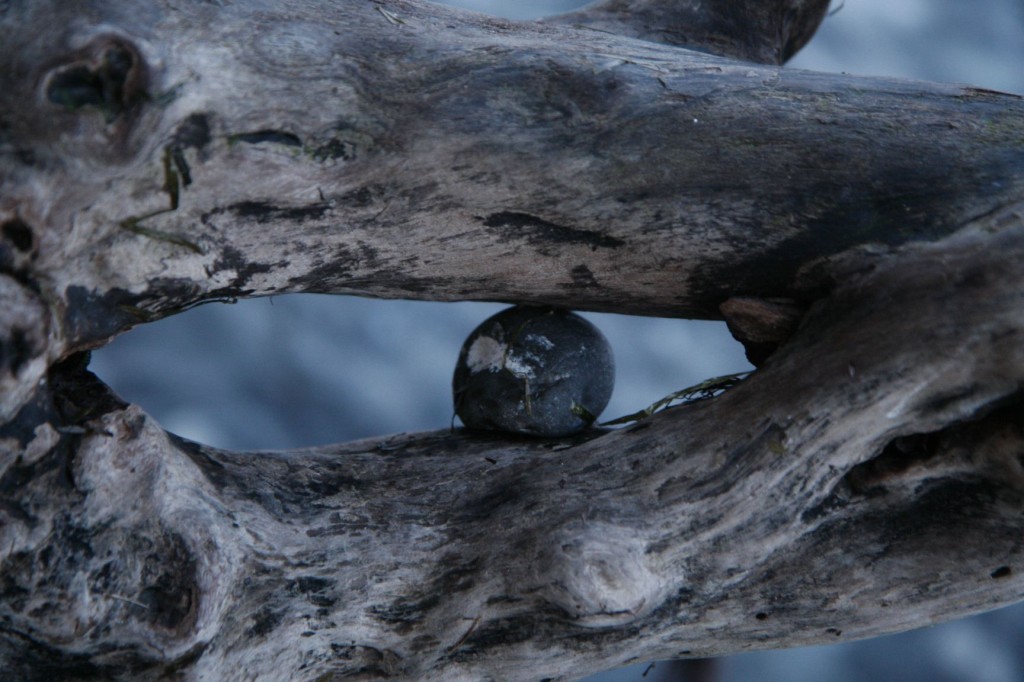 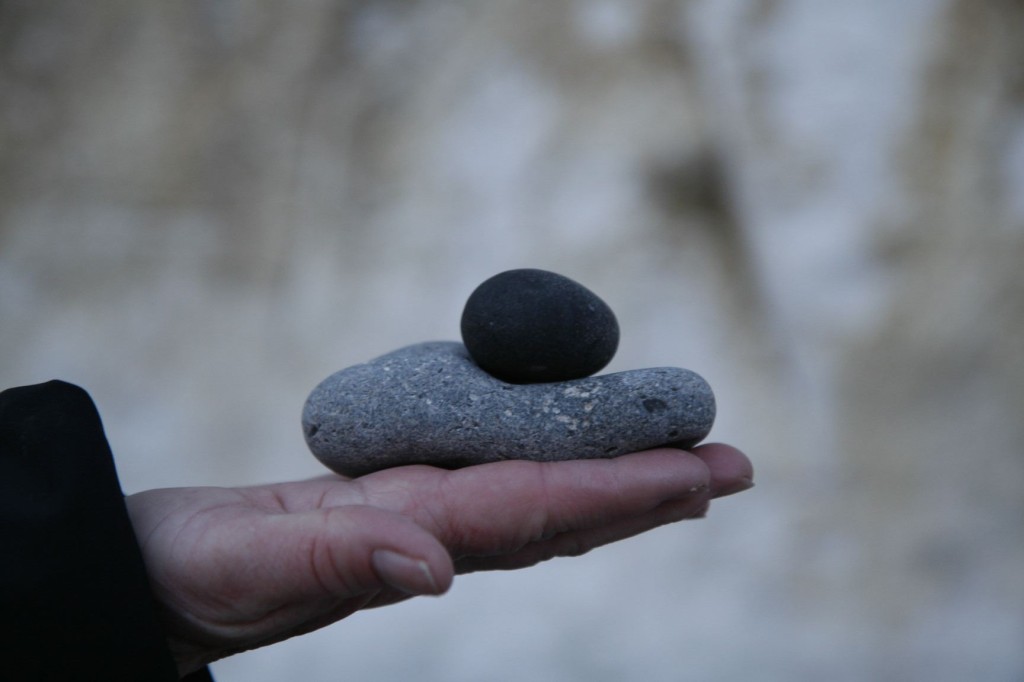 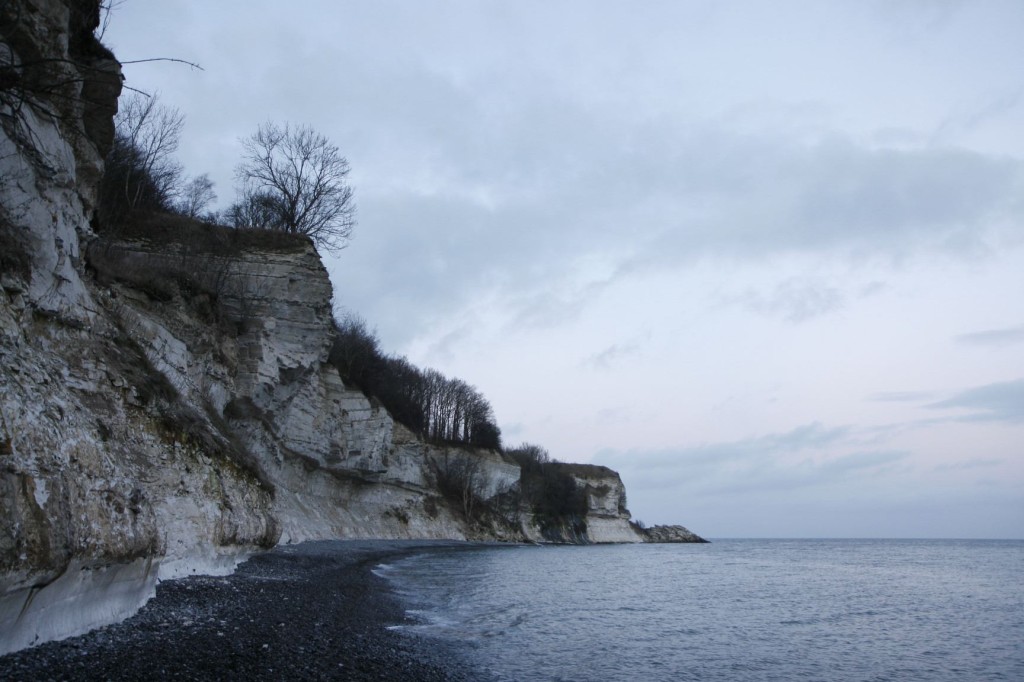 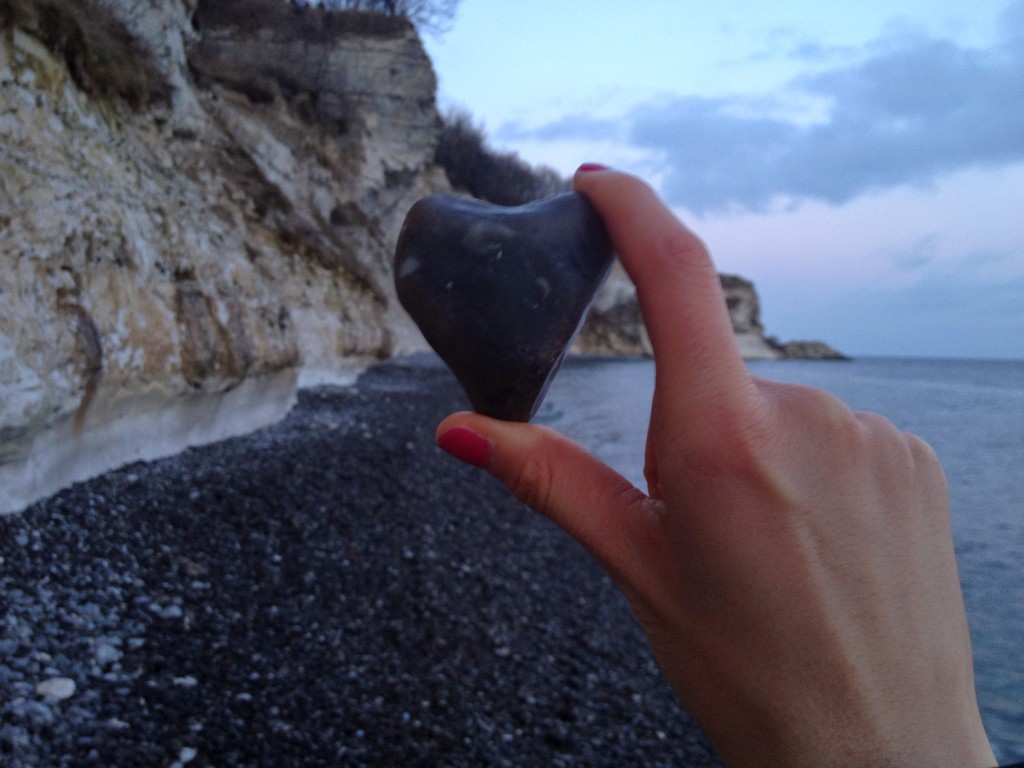 Love is in the nature