It is time to say good-bye. To the tiny village in the middle of nowhere going by the name Bugul’deyka, to the tranquil waters of Lake Baikal and to our kind host Volodya. And such moments can often get emotional. Especially when you get to experience special places and meet special people along the way. This one good-bye is shaping definitely out to be a pretty emotional one. Before we get to the tears welling in the eyes, waving farewell and shining the last smiles, there is still the last breakfast to be enjoyed in the company of Romanovs.

Yep you heard it right! Romanovs – the last tsarist dynasty of Russia. In this era where your every move, wish and preference can be tracked and predicted, a series about the Romanovs popped up on our Netflix radar as we were making our way through the vast Russian empire. How convenient. And so in the company of Romanovs we enjoyed a quiet morning in our Buryat home until the clock stroke 09:30 and it was time to head to Irkutsk.

The car is packed, and a sentimental walk around the house and the courtyard to bid farewell is accomplished. What is left is an emotional good-bye with Volodya. He managed to turn it into a beautiful, tear-filled ceremony as he put on his full Buryat suit and came bearing gifts. Remember I told you some time ago, that you might get a chance to meet Volodya. Well here you go. A kind, kind soul that made our trip so special with his stories, kindness and humble personality. Irkutsk is calling. A dusty, yet beautiful 4 hour drive in a right-hand car takes us to our destination. Being driven in a right-hand drive vehicle in a country where the traffic is officially left-handed can easily turn to an exhilarating experience. As you move from west to east in Russia you start noticing a few wrong sided adventurers, but wait until you reach Mongolia. There right-hand seems to be more the norm than the exception. 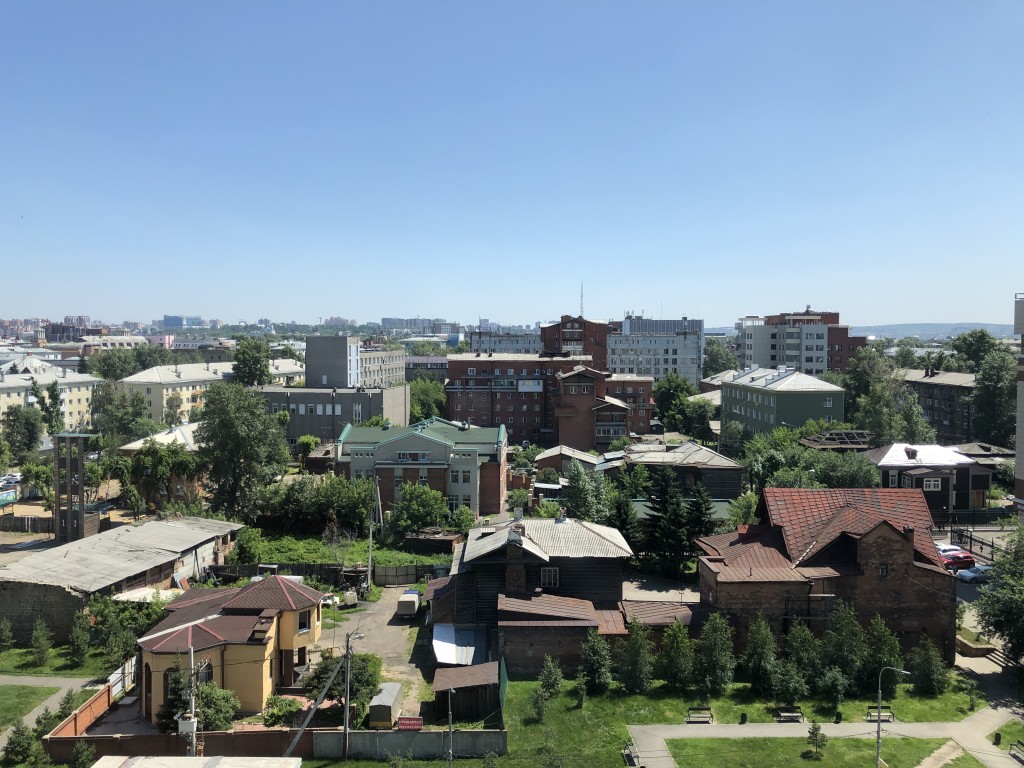 View from our hotel room over Irkutsk

Four hours later we arrive to the very heart of Irkutsk to find the central streets and squares closed off for traffic. Apparently there is this thing called Silk Way Rally and it is slated to launch the day of our departure from nowhere else but Irkutsk and take on Russia, Mongolia and China. So the whole city is filled with show-off offroad vehicles. At this point Andreas is totally ecstatic and half-contemplating a change of plans to stay a day longer in Irkutsk.

This being our last day in Russia and preceding a yet another 24 hour train ride across the border to Mongolia, we decided to treat ourselves real nice and check into the fanciest hotel that Irkutsk has to offer with a real bed and a real shower. Apparently majority of Silk Way Rally participants had the same idea and so the hotel lobby and restaurant is filled up with groups from all corners of the world. 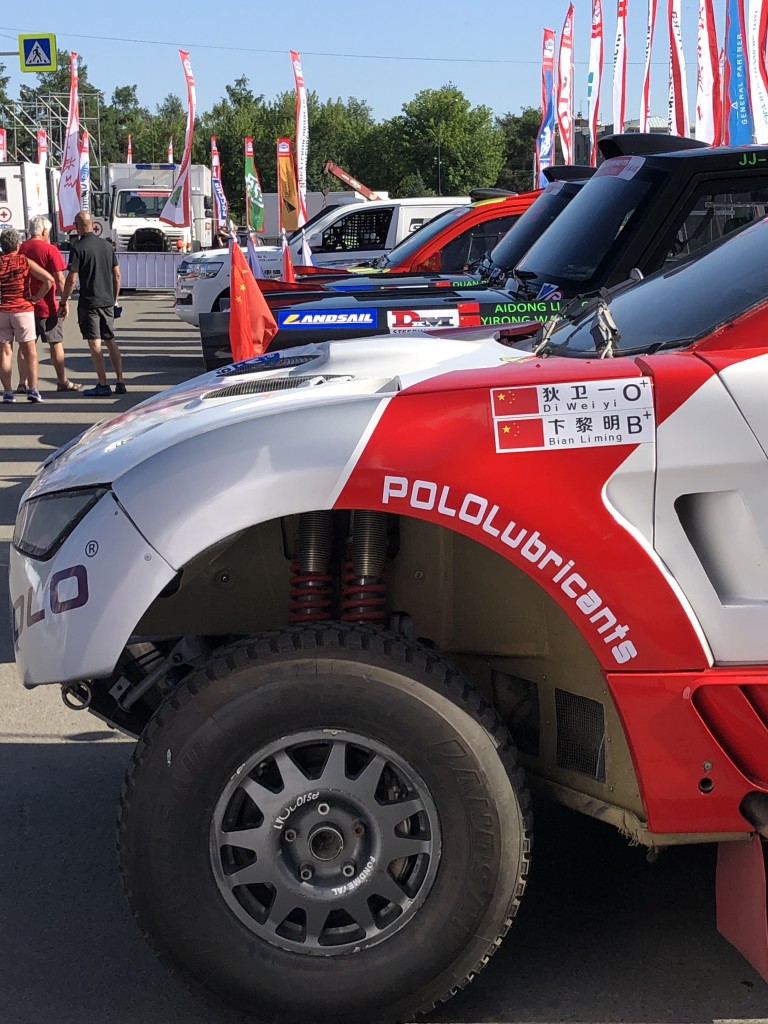 The sun is shining, it is a gorgeous day, the city is smiling and that all you need for smiling back. Irkutsk turns out to be such a charming city. Pity we only have a few hours to explore. We end up walking for hours and hours exploring small, cosy streets and big Soviet avenues. No matter where you go, you will find Chinese tourists even in the most remote locations. And one thing they never fail doing is taking selfies and posing for photos 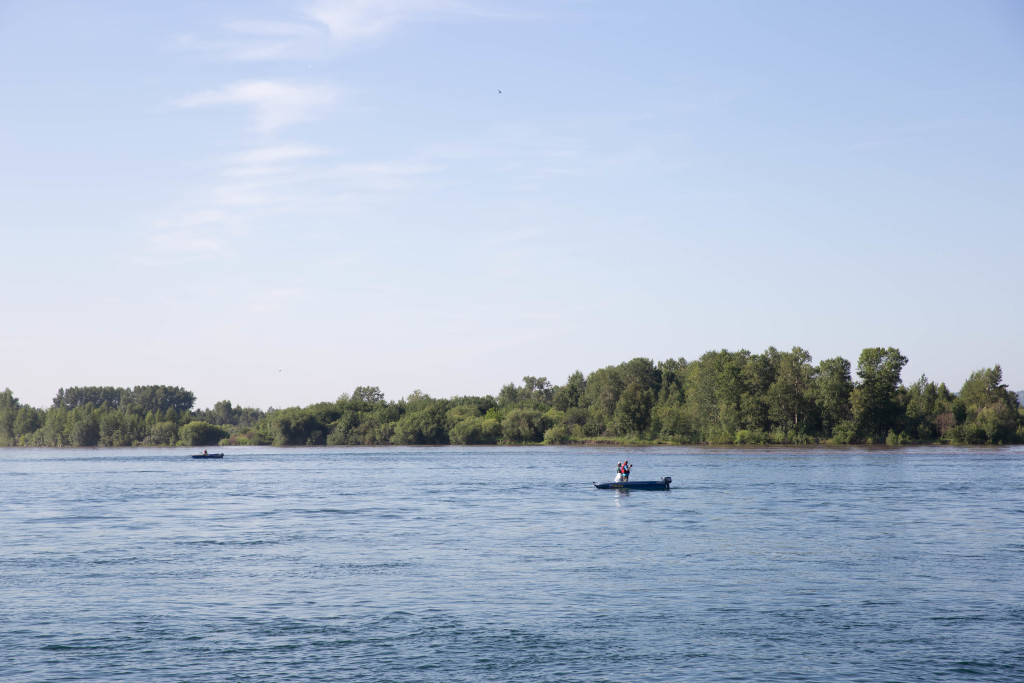 What made me fall in love with Irkutsk are its wooden houses. We found a whole bunch of them scattered around in the city hunched over from the years of service and neglect, yet standing still proudly to tell stories of former days of glory. Even in their state of total despair, neglect and lack of loving care, they don’t fail to catch your eye. 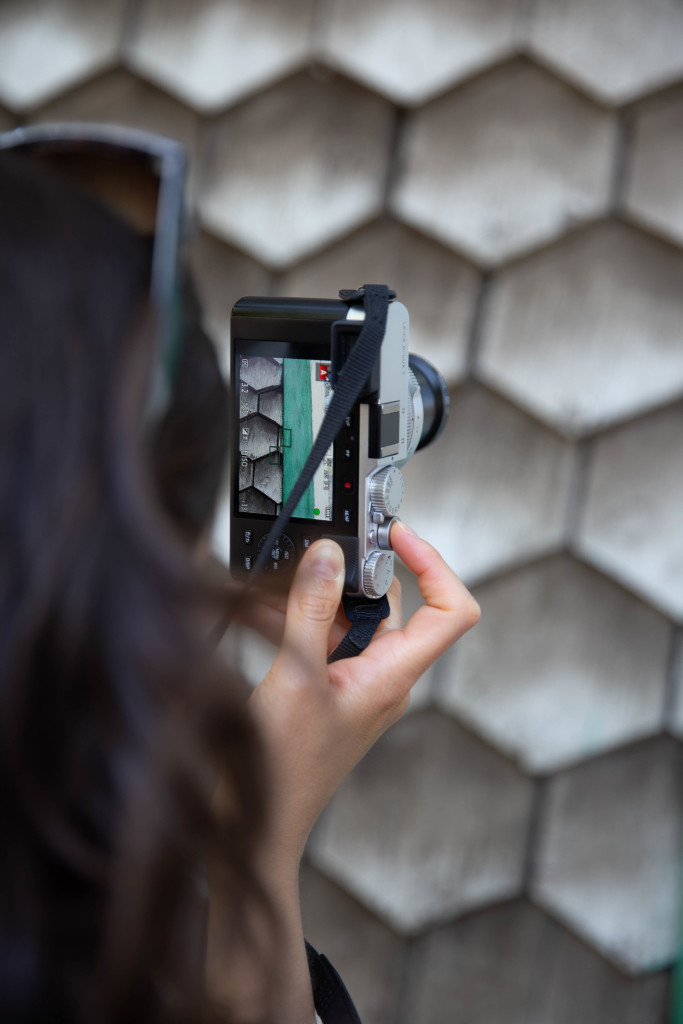 Me wandering from one wooden house to another, admiring its architecture, colours and shapes. 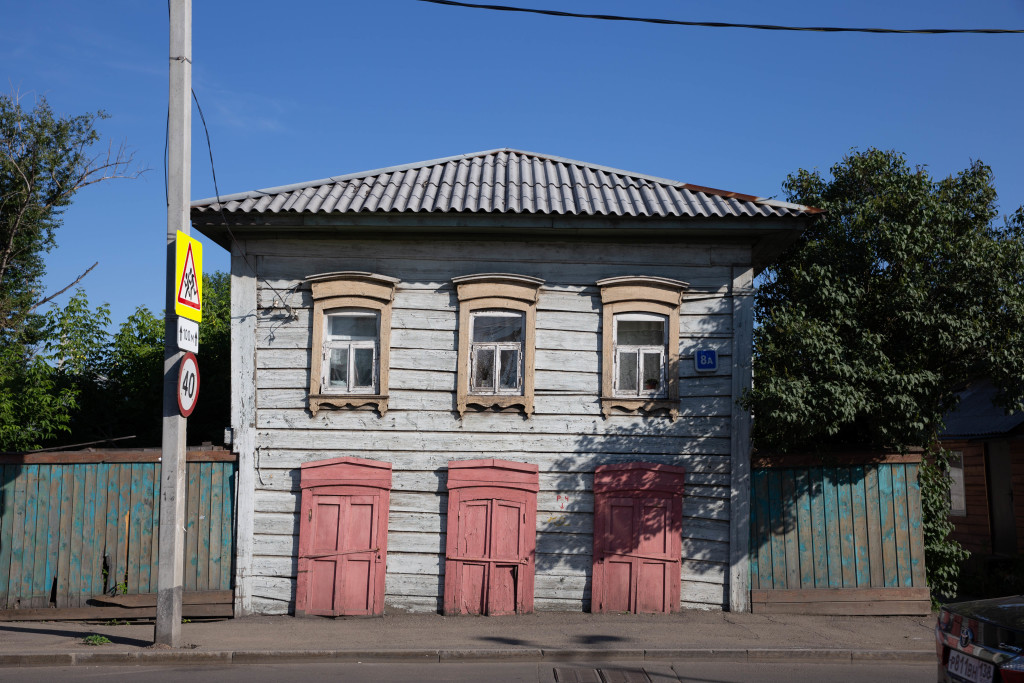 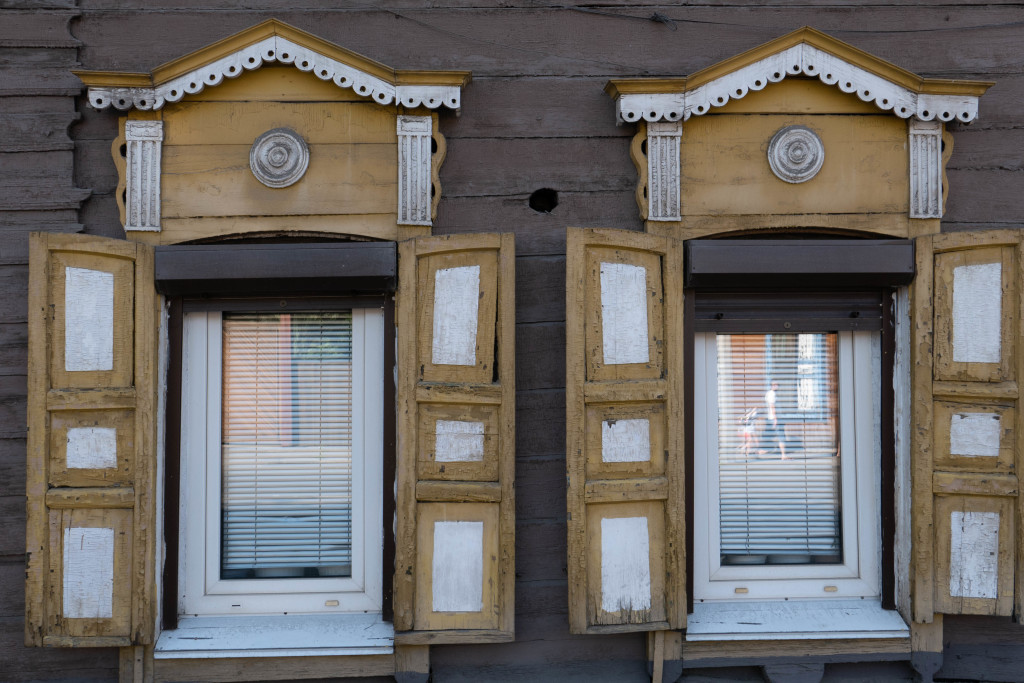 Wooden house trail leads us to the Soviet neighbourhoods Circus building – an important remnant of Soviet times. For some reason having a dedicated building for circus was quite a thing in the Soviet republics. Another pretty sight of former glory Marx Street – one of the main streets in Irkutsk Lenin square. Lenin and The Internationale on the wall next to him.

After exploring the streets of Irkutsk for hours, finding pre-Soviet, Soviet and post-Soviet traces imprinted all over, we end up at Kvartal 130. Based on the recommendation of the hotel receptionist it was an area totally worth checking out, claiming to have replicas of Siberian style wooden houses. Oh we found the houses alright – nothing charming about them. What we also found was a totally touristic, soulless pedestrian street filled with loud restaurants, encircled by shopping stalls and malls and caged animals kept for petting. This icon outside the mall was much more relatable. I love Irkutsk – yes, I have to agree!

Leaving Kvartal 130 behind we head back through the city, greeting Lenin on the way to find our home for the night. Lenin keeping a watchful eye over the city 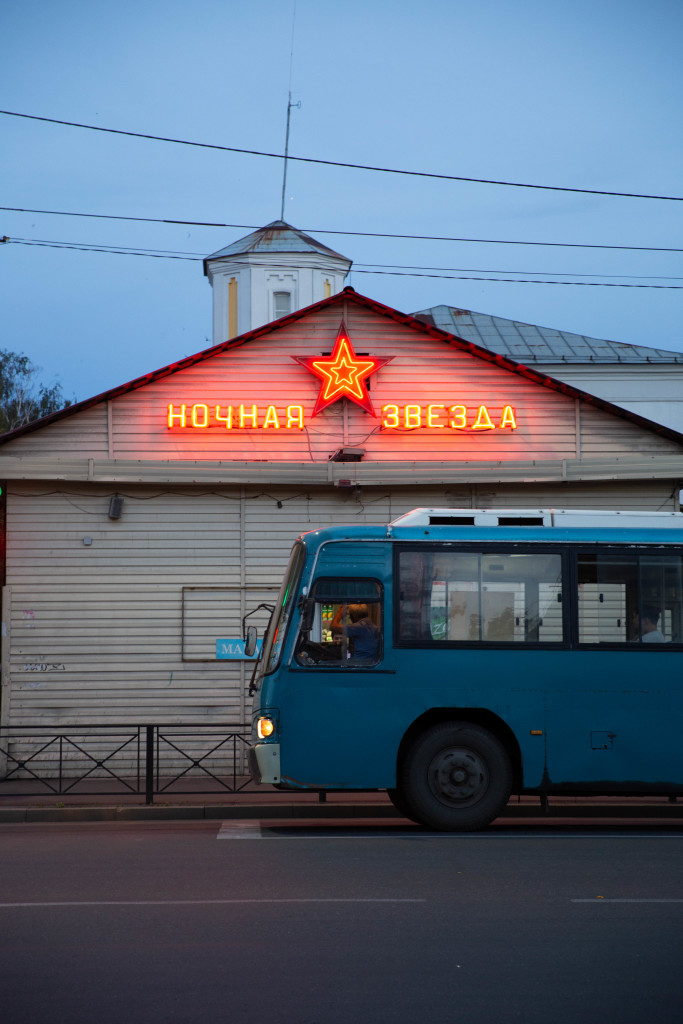 It is the last few hours in Russia, I cannot believe tomorrow we will bid farewell to this beautiful land and cross the border to Mongolia. I seriously do NOT want to leave the comfy bed!!! The thought of getting up at 06:00 tomorrow morning to catch a 23 hour train ride to Ulanbataar sounds absolutely brutal. This is what goes on in my mind as I lay my head on the softest pillow ever.