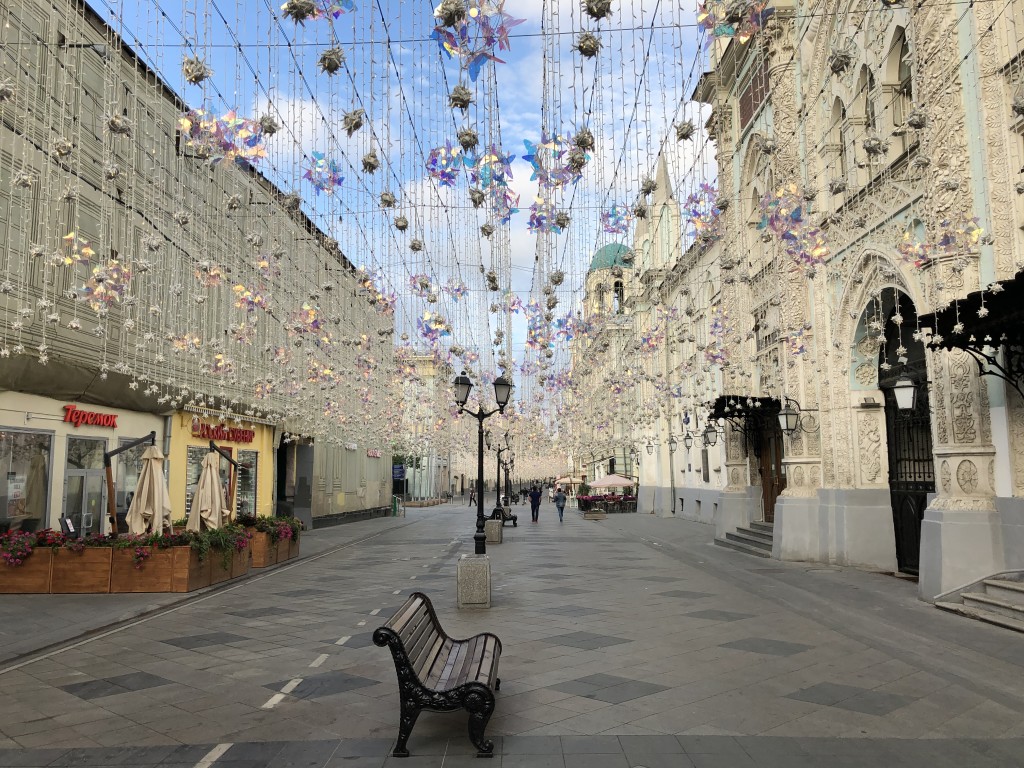 A quiet morning on Nikolskaya Street

Last day in Moscow started bright and early for some of us, aka Andreas. He tried to sneak out of the room at the crack of dawn to document the beauty of Moscow without its crowds.  Now in his mind the whole operation was done very discreetly, in reality I got wide awake in a state of sleepy surprise. 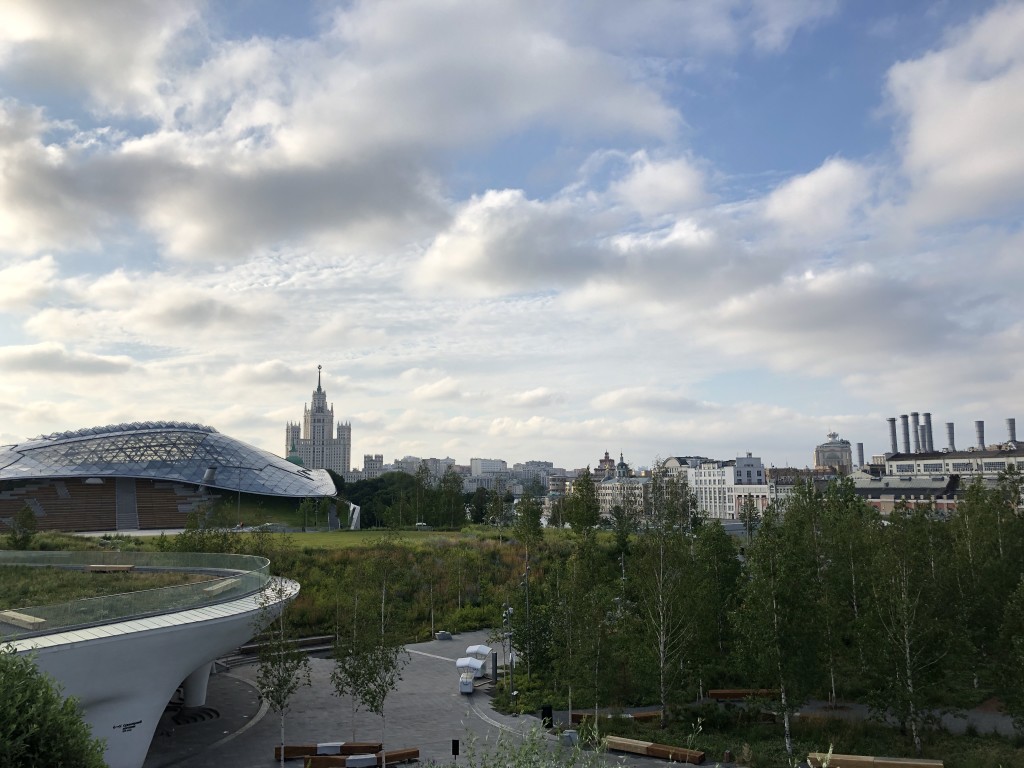 It seems that during our three days in Moscow, the roads kept leading us to Red Square. It was also hard to avoid it living kind of right next to it. It is hard to resist its glorious sight. 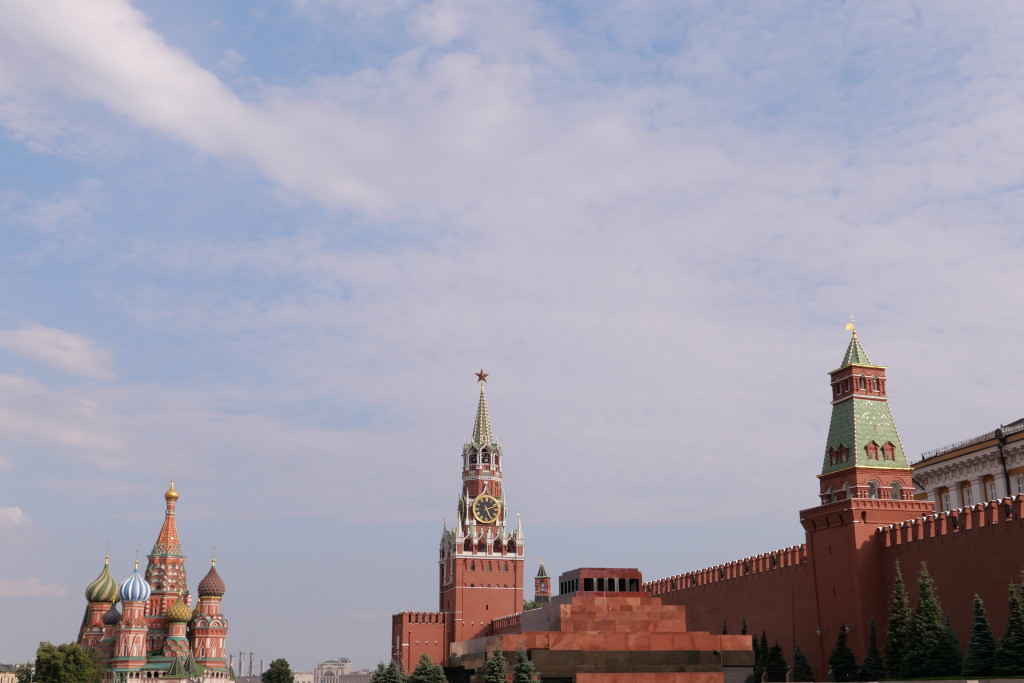 Red Square in all its glory

The square was full of joyful people and amongst hundreds of them we found these Chinese couples who were pushing the photography limits to whole new levels. It was mostly the ladies in front of the lens with and without head scarves, standing and sitting, smiling and serious. The husbands were mostly staying humbly behind and diligently carrying out the supporting roles. 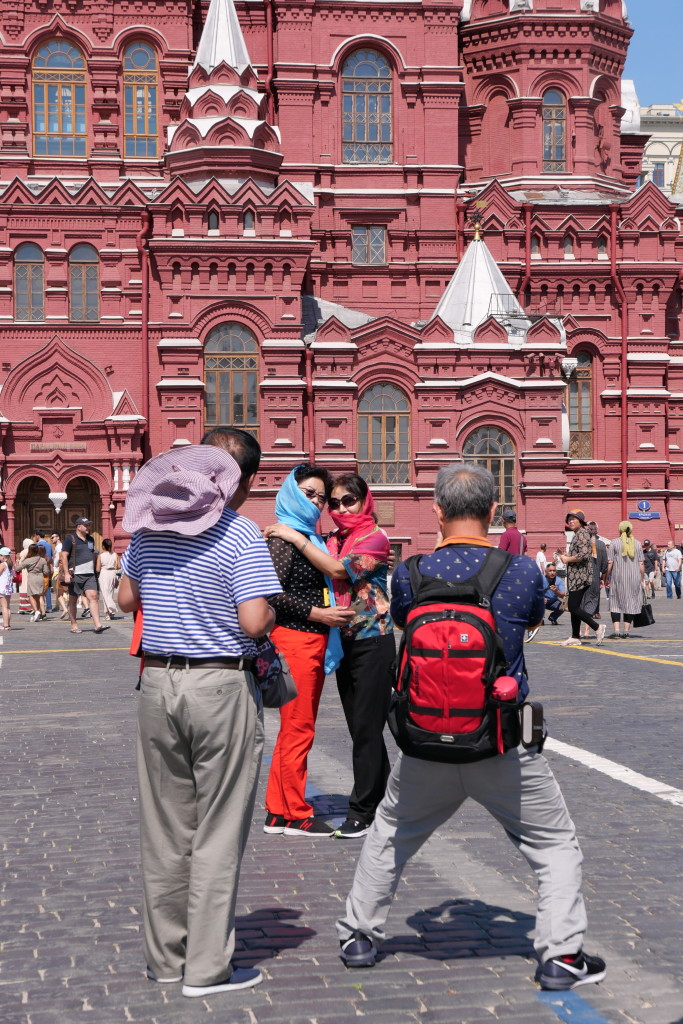 The Chinese couples in the middle of a serious photoshoot

From socialist side of Red Square you cross a few meters and voila you magically appear in the epitome of capitalistic world – GUM department store with all its shiny designer stores, glitz and glamour designed to make you spend your hard-earned €€€. We were there for one very special attraction. 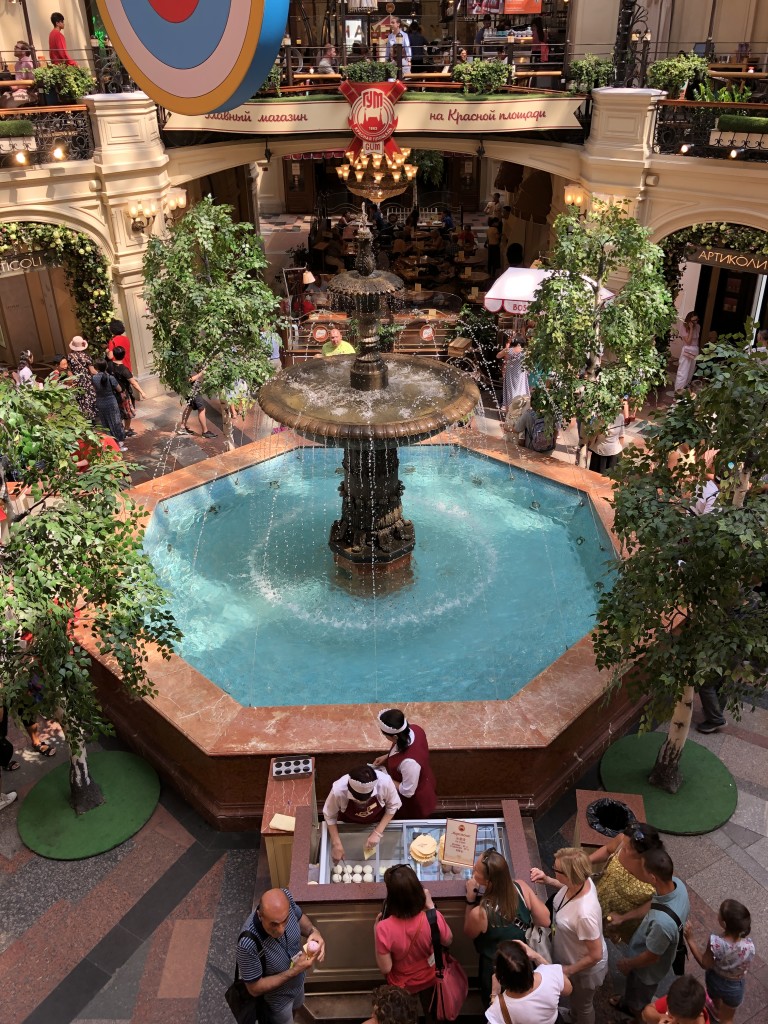 The famous attraction of GUM is not all the fancy stores it is the yummy ice-cream!

The GUM ice-cream! Another childhood memory of Soviet and post-Soviet times. When asking Andreas to comment on his first Soviet ice-cream experience, his response was: “Det var surprisingly lækker.” (It was surprisingly yummy). I don’t know what else he expected. 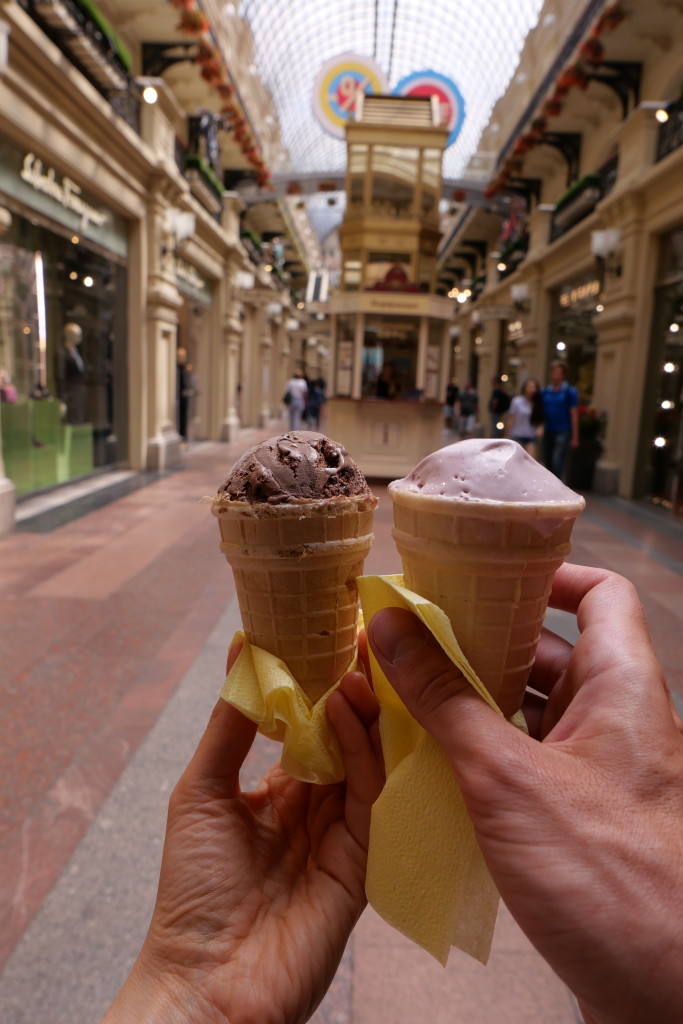 From socialist-capitalist explorations, we moved out of the heart of Moscow and into Arbat, a central residential district, filled with hyggelig sidewalk winebars, coffee shops and restaurants. 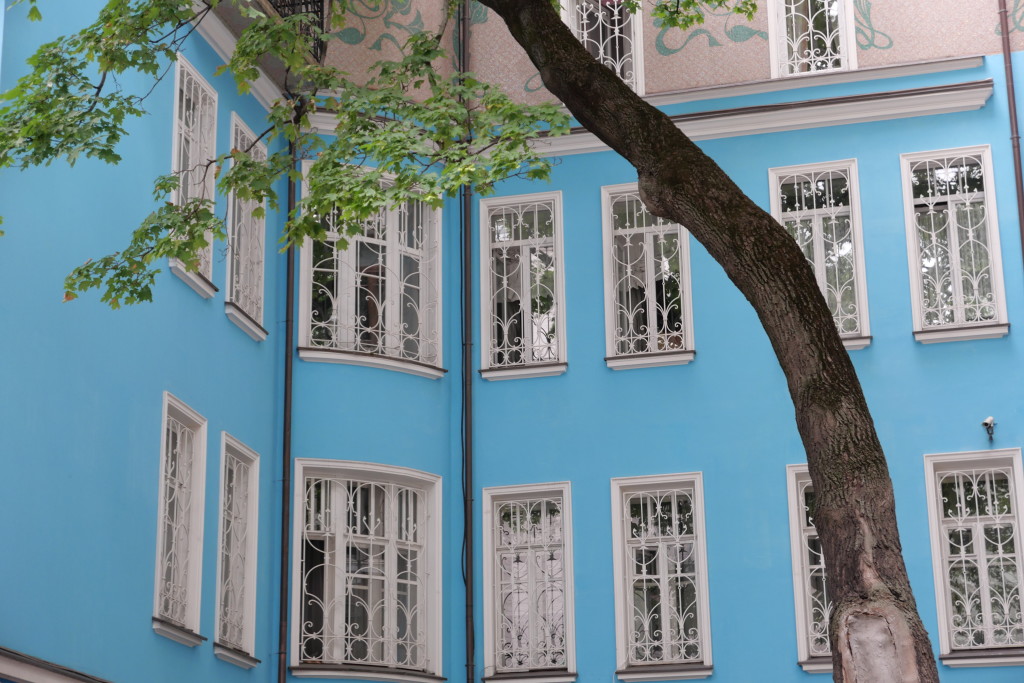 Backyards of Arbat neighbourhood – loving this shade of blue 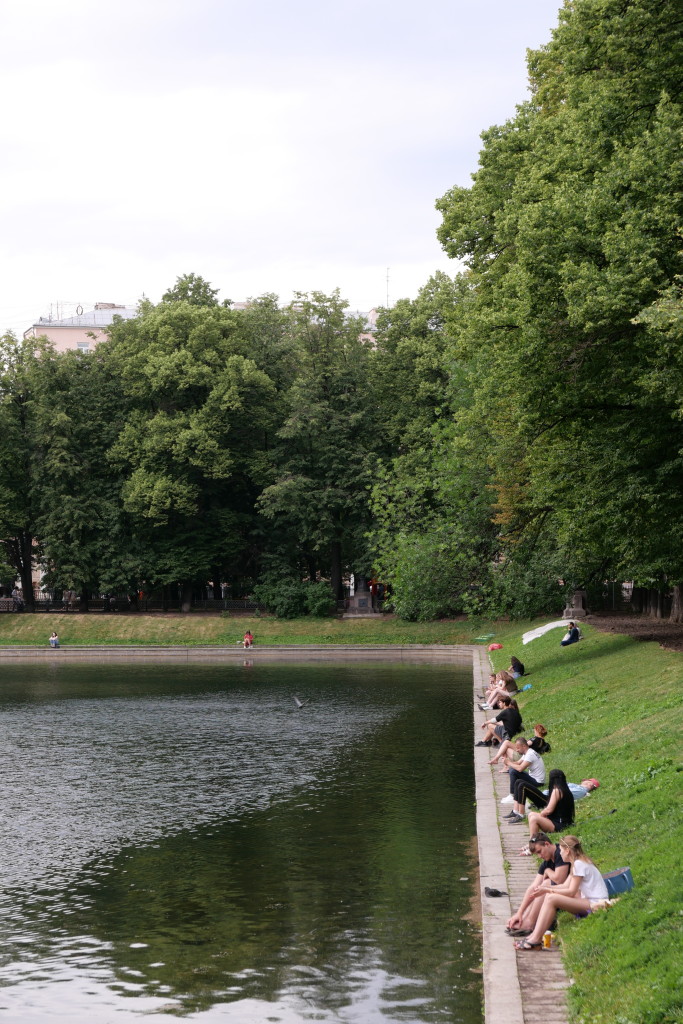 The last stop of the day before bidding farewell to Moscow is a special corner of my homeland in the center of Moscow – the Armenia store. We needed to stock up on some lavash, panir (bread and cheese) and other goodies for our long train travels. 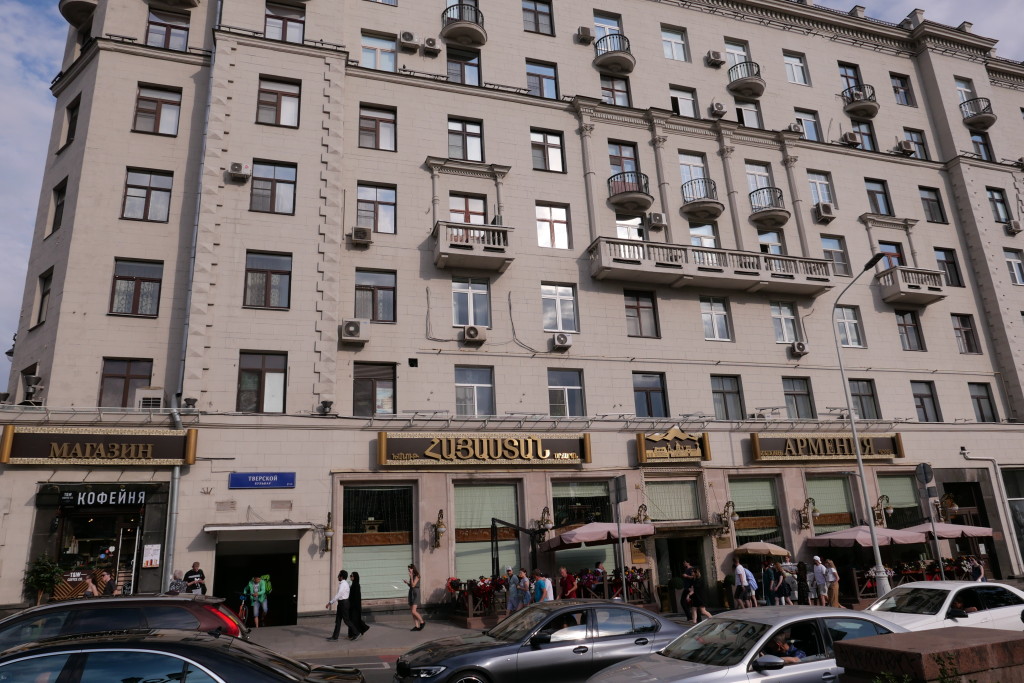 My favourite store in all of Moscow – little Armenian corner. Essential for stocking up on the Armenian food.

It is about 19:00 and time to head off to Kazan train station for catching our first ever Trans-Siberian ride from Moscow to Kazan! 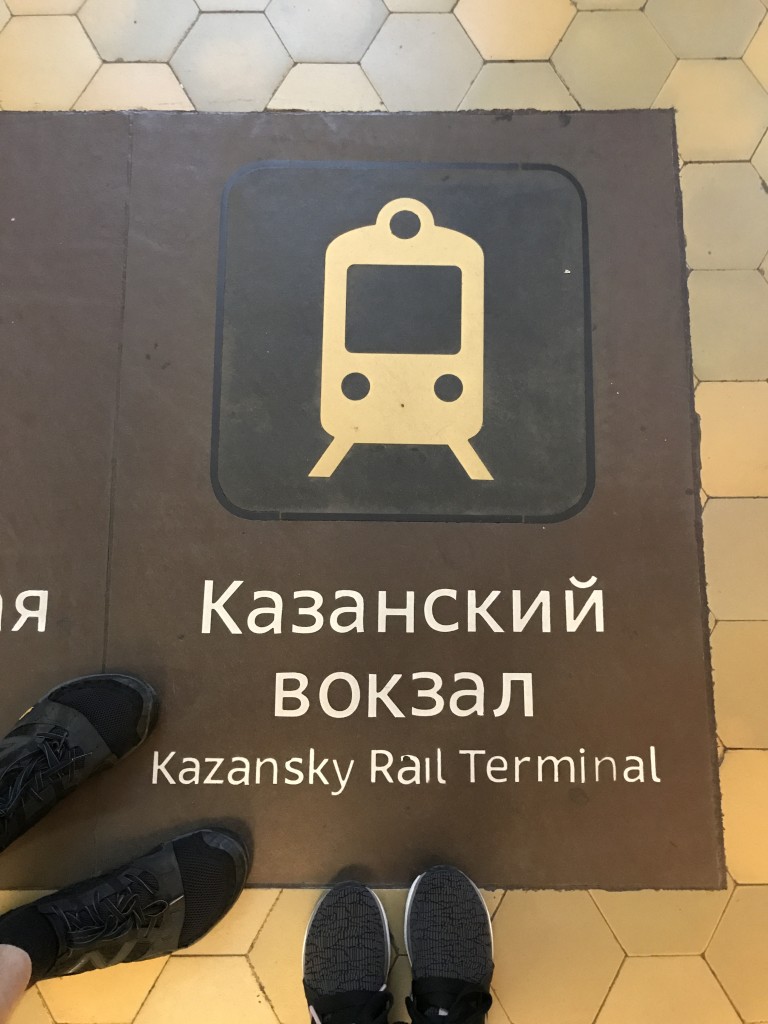 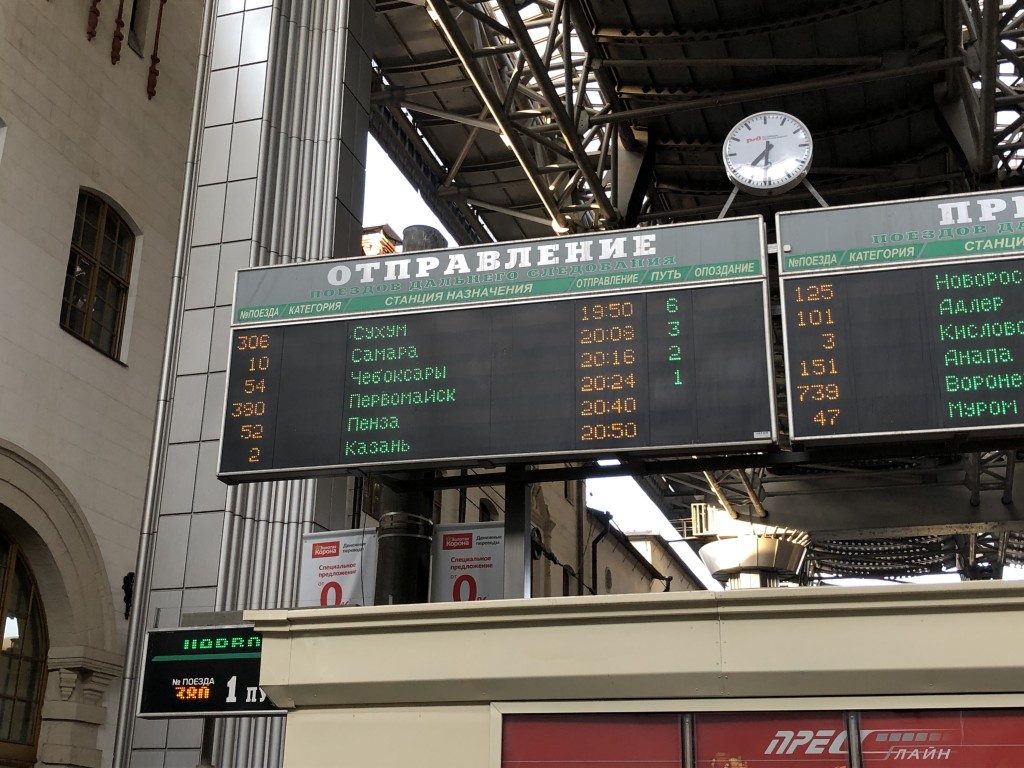 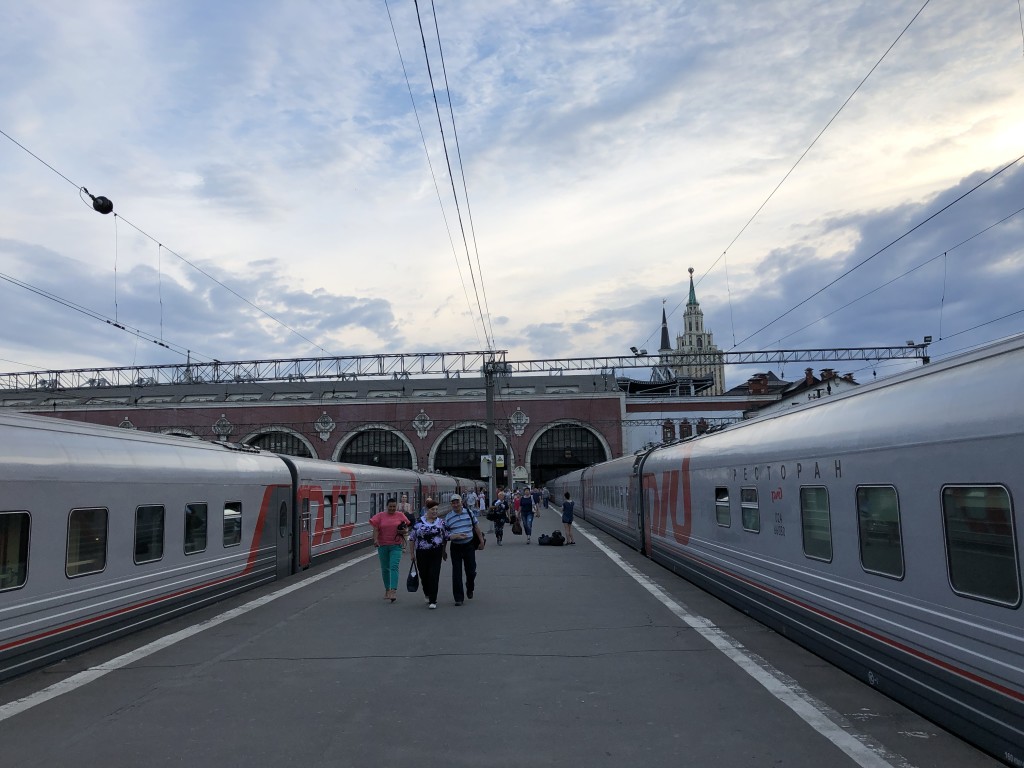 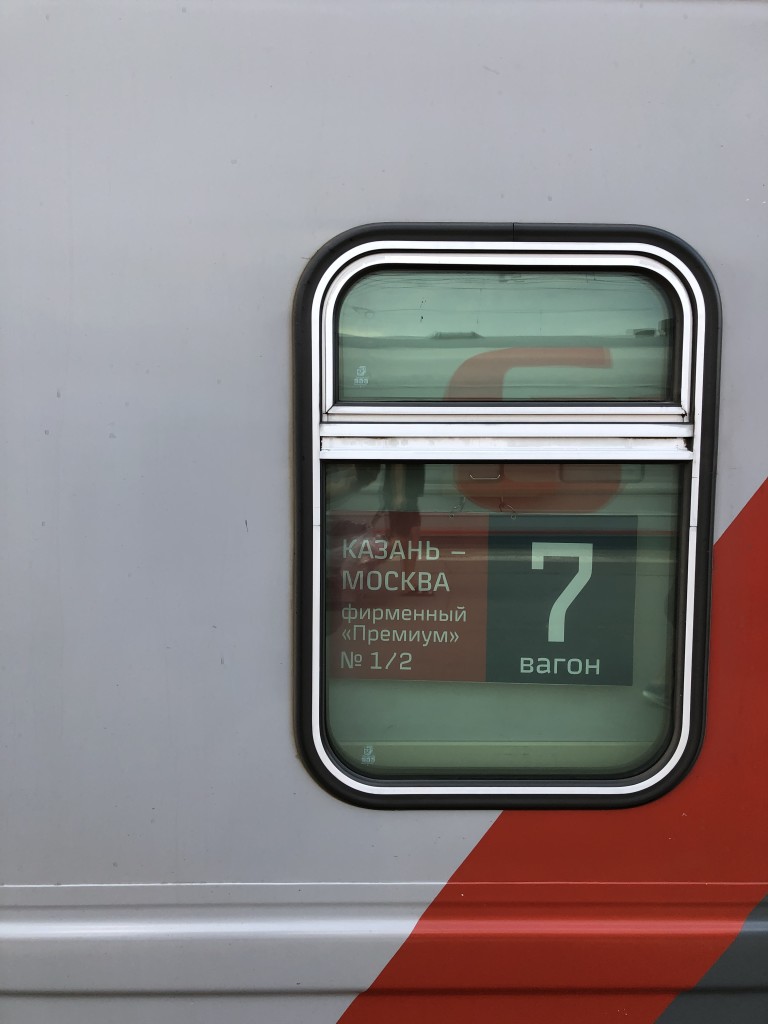 For the first leg of our journey we decided to go all in and splurge on a first class ticket. Very nice experience. 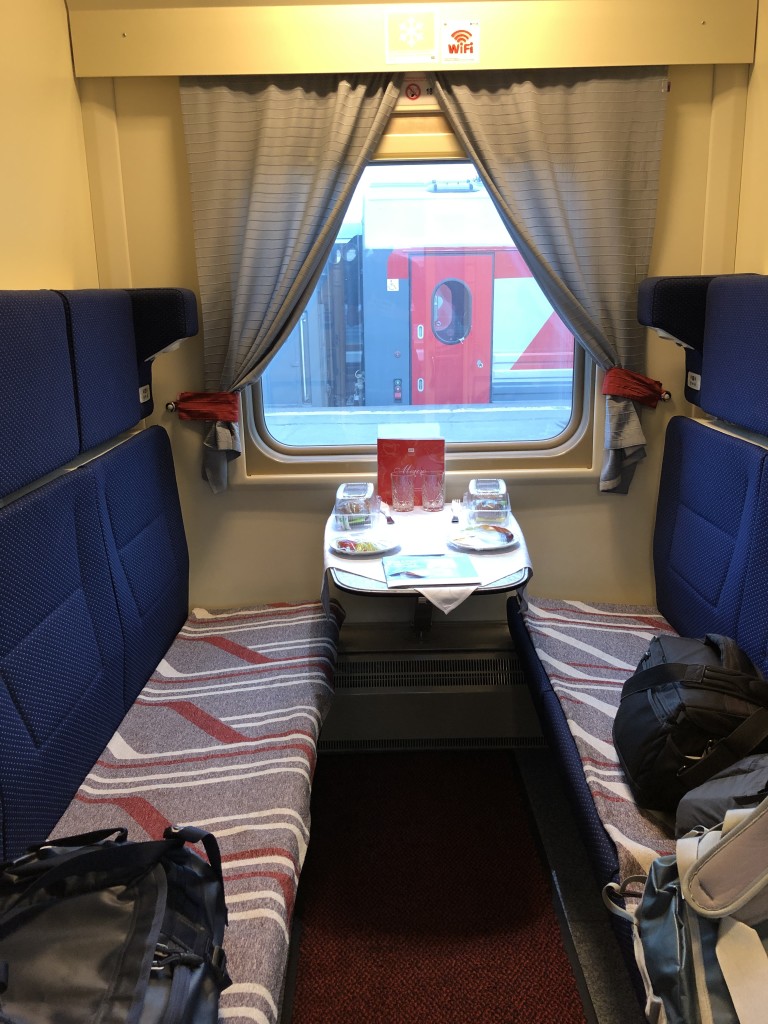 It was a really cosy and comfortable experience. With very delicious 3 course meal served on board, Wi-Fi, TV, music, A/C, nice clean sheets and towels. Everything you may need. There is even an app where you can make in-train orders, follow the journey, read books and watch movies. Such a fun experience! This was also the shortest leg in our planned journey. Hope the next 3 rides will be just as fun. Time will show. 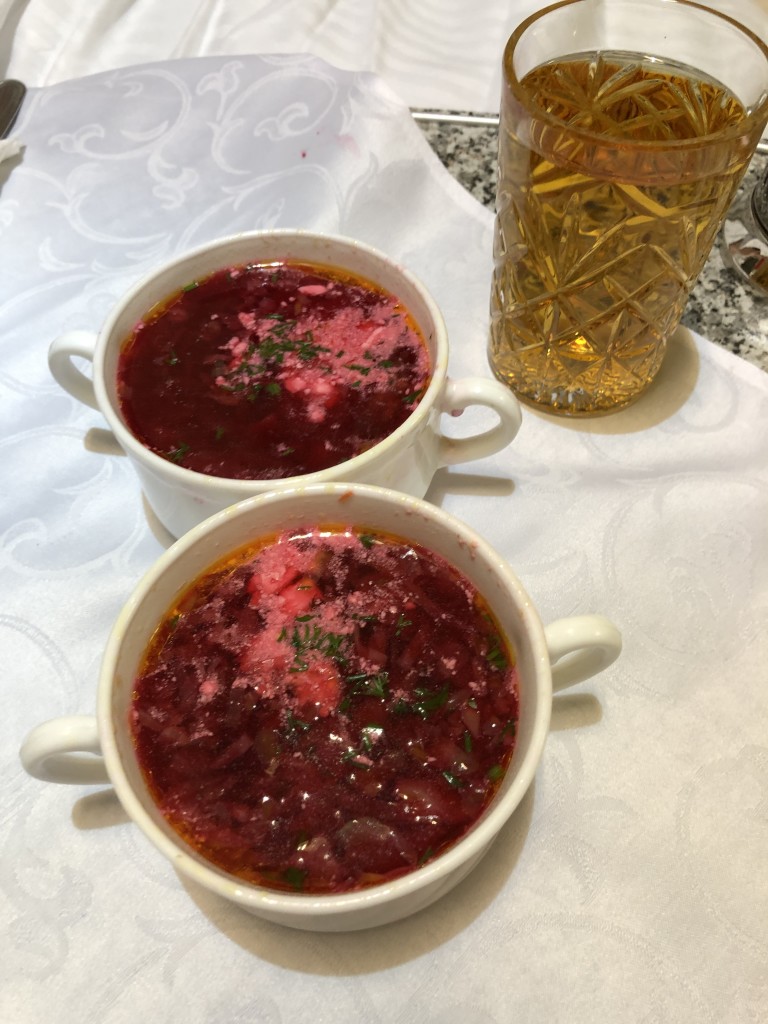 After some borsch, beef stroganoff and hearty Russian black tea, it is time to bid good night, hit the bed and close eyes to the rumble of train tracks.